Tottenham suffered fresh VAR frustration as Harry Kane was denied a clear penalty in their damaging 0-0 draw at Bournemouth.

Jose Mourinho's side have won just once in their last three games and are in danger of missing out on European competition for the first time since the 2009-10 season.

Tottenham were off-key for long periods, but could feel hard done by after Josh King's push on Kane in the penalty area went unpushed despite a VAR review in the first half.

On course for their lowest points total since 2011, this has been a season to forget for Tottenham, who have yet to see any significant improvement since Mourinho replaced the sacked Mauricio Pochettino in November.

Just a year after reaching the Champions League final, they sit in ninth place in the Premier League, 10 points off the top four and far from certain to make next season's Europa League.

Sunday's north London derby against Arsenal, who are one point and one place above Tottenham, looms as a last chance to save their season.

Bournemouth moved up one place after ending a five-match losing streak, but it is 159 days and nine games since they last won.

Kane had scored seven times in his previous seven Premier League appearances against Bournemouth, but VAR rejected his strong appeal for a penalty in the opening moments.

Just a week after Tottenham were the victims of a harsh VAR decision in their loss at Sheffield United, they could claim to be harshly treated again and Mourinho was visibly frustrated on the touchline.

Tottenham were struggling to find any rhythm and Erik Lamela's woeful drive over the bar summed up their lethargic first half display.

Mourinho responded by sending on Son Heung-min and Tanguy Ndombele at the interval.

Struggling Bournemouth's problems mounted when Adam Smith was injured in a clash of heads with Ben Davies.

Smith was stretchered off after an eight-minute delay while he was examined on the pitch.

With Tottenham running out of ideas, Bournemouth thought they had won it in stoppage-time.

But Callum Wilson's overhead kick clearly hit King's hand on its way past Hugo Lloris and their celebrations were short-lived as VAR intervened. 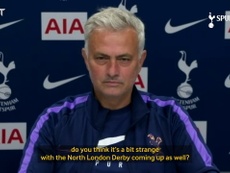 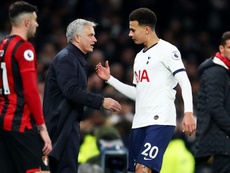 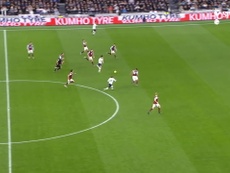 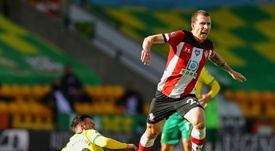