BeSoccer 20 days ago 79
Spirit chief executive quits as NWSL scandal rumbles on. AFP
The chief executive of the Washington Spirit stepped down Tuesday, as the fallout from the sexual misconduct and workplace culture scandal roiling the top US professional women's soccer league continued.

Steve Baldwin, who had been sharply criticized for his handling of allegations against former Spirit coach Richie Burke -- who was fired last month -- said he was stepping down to "remove distractions" from the team.

"In recent days I have spent a lot of time thinking about the future of the Washington Spirit and the vision I laid out just three years ago," Baldwin said.

"I have also listened -- to team leadership and staff, investors, fans and players -- to concerns about the Spirit's workplace culture and our prior coach's conduct.

"While there is a range of opinions on how we got here, and how to move forward, everyone -- none more so than me -- is committed to improving the club's culture, removing distractions and returning the focus to the players and the pursuit of a championship," he said.

"With that goal in mind, and at the recent request of our players, I have decided to resign as CEO and managing partner of the Washington Spirit, effective immediately."

Burke was "terminated for cause" last week after an investigation by the National Women's Soccer League, following allegations of harassment and a toxic work culture.

He was barred from coaching in the NWSL after a probe found he had harassed and verbally abused players.

The NWSL criticized the Spirit's handling of the allegations against Burke, saying the team had "failed to act in the best interests of the league."

Even after Burke had been suspended, Baldwin was accused of presiding over a workplace culture that left women feeling sidelined, described by one former employee as an "old boys club."

In his statement on Tuesday, Baldwin acknowledged he had "made some mistakes" but insisted he "cared deeply for the players, staff and fan base."

"I hope that stepping back removes me as a distraction and allows the club to thrive," he said.

Baldwin's resignation followed a tumultuous week for the NWSL, which saw its commissioner Lisa Baird resign on Friday over her handling of sexual misconduct allegations. The league called off all its fixtures across the United States last weekend as the crisis escalated.

Baird's resignation followed the dismissal of North Carolina coach Paul Riley on Thursday for what the team called "very serious allegations of misconduct."

Earlier Tuesday, US women's international star Alex Morgan said there had been a "systemic failure" to tackle sexual misconduct and harassment claims, noting the difficulties faced by former NWSL players Sinead Farrelly and Mana Shim in attempting to make formal complaints against Riley.

"We've now started to put these things in place, by demand of players, not by the league being proactive.

"Something we ask is for the league to start being proactive, not reactive. We're asking for transparency."

Mentioned in the news story
NWSL 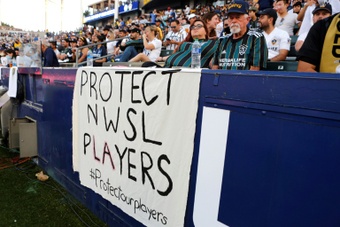 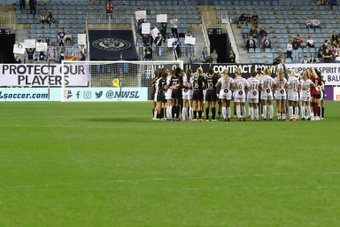 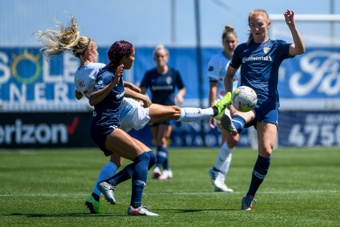 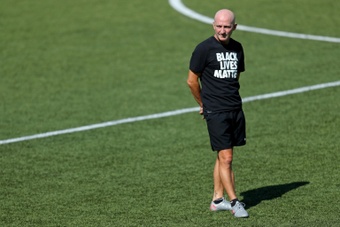 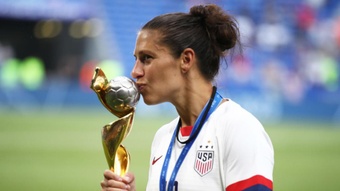