Maguire opened the scoring on Friday at Wembley, immediately racing to the corner where he cupped his hands beside his head before putting his fingers in his ears.

Maguire, however, remained adamant the celebration came "naturally" to him and was not about silencing critics, nor aimed at anyone in particular.

Southgate, who initially joked his defender's gesture was a wrestling reference, was again questioned on the topic and – while not naming Keane or Maguire – outlined pundits' tendency to work with headlines in mind.

"I think we always have to understand that, the industry we’re in, there are different roles, and in order to make a living in those different roles you’ve got to take certain approaches," Southgate said at Sunday's pre-match news conference ahead of the trip to San Marino.

"You have a choice about which type of approach you’re going to take [when working as a pundit].

"I was always thinking as an ex-player, ex-manager, recognising how difficult those things were, so I guess I had empathy for those that were stepping over the line to play and those that were in the dugout.

"It really depends on what you need to do to stay in work. Some channels or forums require headlines, some require a certain type of approach, everything's different. I understand that.

"To stay relevant in some of those fields, you've got to say things that are more quotable, and of course everything’s lifted now and used from the live broadcast for the next day’s headlines.

"Everybody in those shows knows that's how it works, and it fills a different part of our industry.

"Personally, as a manager, I get it and so be it. I'm sure the players might feel differently, they're younger and have less experience of those fields, but also they think [pundits] surely remember how difficult it was to play and probably didn't like it when they were criticised." 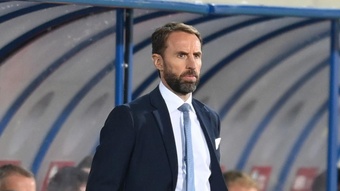