Gareth Southgate has always been an admirer of Dominic Calvert-Lewin but says the new England striker has reached another level now.

Dominic Calvert-Lewin's goals have taken his game to another level and the Everton striker can reflect on an "excellent" England debut, says Three Lions boss Gareth Southgate.

England cruised past Wales 3-0 in Thursday's friendly at Wembley, Calvert-Lewin marking his international bow with a first-half header to make it 10 goals in seven appearances for club and country this season. Conor Coady and Danny Ings also celebrated first international goals in a game which saw several players did their chances of further opportunities no harm, given this was England's most inexperienced XI since 1980.

Asked about Calvert-Lewin's performance, Southgate told ITV: "Yeah, excellent, I thought really very good. He had excellent presence, his runs were a threat, he presses well, he obviously took his goal well, so I thought he could be really pleased. "I think he's in a really good vein of form, he's an all-round centre-forward. I've always liked his general play but it's the goals that he's adding now that are making another level of player."

Aston Villa playmaker Jack Grealish was also handed a first England start and produced a delicious assist for Calvert-Lewin in an enterprising display. Asked if Grealish has now jumped the queue in England's plans, Southgate said: "I thought his work with the ball was very good.

"We know he draws those fouls, he's comfortable receiving in tight areas. I thought it was a debut he could be really pleased with." England were troubled at times by Wales prior to Calvert-Lewin's 26th-minute opener but Southgate was content with the way his side grew into the match.

"I think the players did very well, it's so difficult for almost a completely new team to come together with not a lot of experience around it, so I thought they coped with that very well," he said.  "It wasn't fluid at the start but the longer the game went on they got more and more into the game, solved the tactical problem Wales posed us when they were pressing and I thought we finished very strongly." 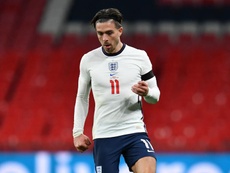 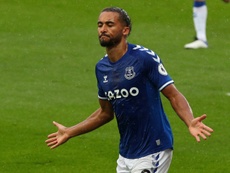 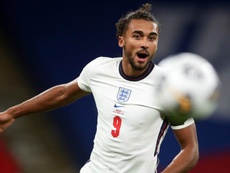 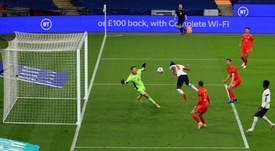