BeSoccer 13 days ago 2.3k
Southgate deal won't damage England. GOAL
Gareth Southgate, who has led England to the World Cup semi-finals and final of Euro 2020, looks set to be rewarded with a new contract.
End
Group I. MD 10
San Marino

Gareth Southgate insisted a new contract with England would not impact his side's chances of success at the 2022 World Cup.

Southgate was appointed as England manager in November 2016, leading the Three Lions to the 2018 World Cup semi-finals in Russia before making it to the Euro 2020 final in July.

The former Middlesbrough boss signed a four-year contract back in 2016 but had his stay extended to 2022 after England's positive showing in Russia.

That agreement is due to expire after the World Cup in December 2022, with reports suggesting he is expected to pen a new two-year extension to keep him at the helm for Euro 2024 in Germany.

As England head to San Marino on Monday needing just a point to confirm World Cup qualification, Southgate remained adamant that committing his future before the tournament will not disrupt plans for Qatar.

"You would never have a contract if you didn't judge somebody before a tournament, so I think on the back of two tournaments and progress made, that's a more acceptable sort of conversation to be having," Southgate told reporters.

Southgate was hired after Sam Allardyce's turbulent short reign over the Three Lions, though the Football Association (FA) had valued him long before that as he ascended to the top job after three years with the Under-21s.

Reports in September suggested Southgate had hinted he would be open to returning to club football at some point.

But, for the time being at least, the 51-year-old is solely focused on developing his young squad as they look to first secure qualification and then win their first major trophy since 1966.

"We have responded well to every hurdle that has been thrown at us across a calendar year in which we have had total contrast in terms of the quality of opponent we have played," he added.

"The mentality has been good. That is why in 90 minutes and extra time, we haven't been beaten.

"That is a record we want to keep building on. We have got the best defensive record in Europe, in terms of goals to games. We are fourth in terms of goals scored and chances created. It is a good challenge to try to improve on it [against San Marino]." 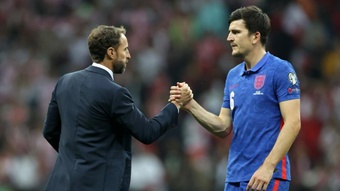 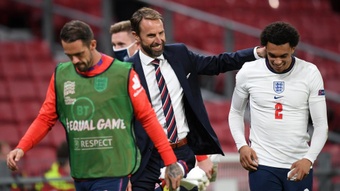