South Africa is at level three of a five-stage lockdown process, which permits virtually all employees to work.

But the three most popular sports in the country -- cricket, football and rugby union -- have been shut down since mid March because of the pandemic.

Four top-flight footballers, including Ben Motshwari of hugely popular Soweto club Orlando Pirates, confirmed they tested positive for the virus, and all have fully recovered.

South African Football Association (SAFA) medical officer Thulani Ngwenya said its plan to combat the virus was considered "one of the best it had received" by FIFA.

League chairman Irvin Khoza said "we have to strike a balance between lives and livelihoods", while stressing that the safety of all in the football industry was of paramount importance.

Gauteng, which includes Johannesburg and Pretoria, is a densely populated region, making social distancing extremely challenging for many residents.

Khoza told a press conference in Johannesburg that it would take six weeks to complete the 2019/2020 campaign.

There are 54 outstanding league fixtures to be played plus the semi-finals and final of the Nedbank Cup, the South African equivalent of the FA Cup.

The league plan to use up to 11 match venues and 14 training grounds and all fixtures will be staged behind closed doors with most broadcast live.

However, Khoza did not release a restart date, saying the league and SAFA were discussing the issue.

Some media reports said football might resume on July 18, but others quoted unnamed Safa officials saying play would be possible only next month.

Kaizer Chiefs, traditional South African giants but without a trophy in four and a half seasons, top the league table by four points from defending champions Mamelodi Sundowns.

However, Sundowns have nine matches to play, one more than Chiefs, and the clubs have still to meet in the second round.

A tense relegation struggle is also looming with only seven points separating the lowest seven sides in the 16-club table.

Meanwhile, the west African states of Senegal and Benin have conceded defeat in the fight to restart football amid the pandemic and cancelled national leagues.

Senegal had planned to resume in November, with the 14 clubs divided into seven contesting the title and seven battling relegation.

Teungueth, who were leading the league by 12 points when play was suspended halfway through the season, will represent the country in the 2020/2021 CAF Champions League.

Second-place ASC Diaraf have been nominated for the second-tier CAF Confederation Cup, the African equivalent of the UEFA Europa League.

It will be the first appearance by Teungueth in Africa while Diaraf return after a five-year absence.

In Benin, Ayema were the league leaders, one point ahead of ESAE FC and six in front of Buffles Borgou with 11 rounds remaining.

However, 2019/2020 CAF representatives Buffles (Champions League) and ESAE (Confederation Cup) have been nominated to compete again in those competitions next season. 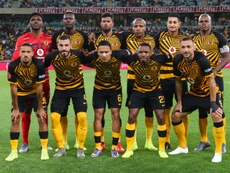 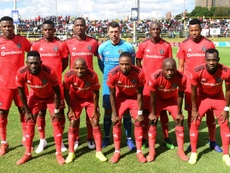 Fate of South African Premiership season to be decided Friday 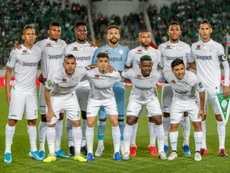 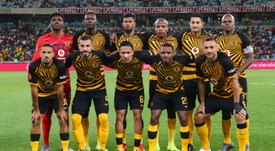