Mane failed to score in successive Group I matches spanning five days, but it did not matter as the Teranga Lions also won comfortably against Congo Brazzaville to top the table.

Diedhiou missed a penalty before claiming his treble in a rain-interrupted matchday two clash in Manzini, where Badou Ndiaye was the other Senegalese scorer. The hat-trick hero played for six French clubs before moving to Bristol two years ago and was the leading scorer for City last season with 13 goals in all competitions.

He equalised for Senegal in a drawn friendly with Brazil in Singapore last month, three years after scoring his only other international goal, against Namibia. Fganelo Mamba netted for eSwatini, formerly called Swaziland, when they trailed by three goals and he was sent off three minutes later after a second yellow card.

Senegal have six points, Congo and Guinea-Bissau three each and pointless eSwatini appear out of the running for a top-two finish and qualification for the 2021 tournament in Cameroon. The Teranga Lions, whose stand-out players are Mane and Napoli centre-back Kalidou Koulibaly, are seeking a first Cup of Nations title.

They lost the 2019 final to Algeria four months ago and also had to settle for silver medals in a 2002 title decider won by Cameroon on penalties in Bamako. Meanwhile, Nigeria were another leading team to score four times in southern Africa, coming from behind to triumph 4-2 over Lesotho in Maseru with Victor Osimhen bagging a brace. Masoabi Nkoto rattled the 2019 Cup of Nations bronze medallists with a 13th-minute goal before Alex Iwobi and Samuel Chikwueze struck to give the visitors a 2-1 half-time advantage.

That lead stretched to three goals thanks to Osimhen before Chidozie Awaziem conceded a late own goal. Apart from Senegal, Nigeria are the only country to collect a maximum six points so far having also come from behind four days ago to edge Benin in Uyo. Benin, who stunned Morocco at the 2019 Cup of Nations before bowing out to Senegal in the quarter-finals, lie second on three points thanks to a 1-0 win over Sierra Leone in Porto-Novo.

Elsewhere, Cameroon got their first goal and first win in three matches under new Portuguese coach Toni Conceicao to pip pointless Rwanda 1-0 in Kigali and top Group F. Nicholas Ngamaleu was the match-winner in central Africa, netting after 71 minutes for the five-time African champions, whose most recent title came two years ago.

Conceicao was hired after the sacking of coach and former Dutch star Clarence Seedorf following the last-16 elimination of the defending champions from the 2019 tournament. Although guaranteed a 2021 finals place as hosts, Cameroon are competing to gain competitive match practice, leaving rivals Cape Verde, Mozambique and Rwanda to battle for one place.

Meanwhile, South Africa regained some pride after being well beaten in Ghana three days ago when they edged Sudan 1-0 in Soweto. Bafana Bafana squandered several first-half chances before France-based Lebogang Phiri broke the deadlock on the stroke of half-time. Slick passing created an opening and when a cross rebounded off the leg of a Sudanese defender, Phiri unleashed an unstoppable rising shot.

After firing four goals in midweek when they hammered Group C outsiders Sao Tome e Principe, Sudan struggled to penetrate the South African defence and had only one attempt on target. 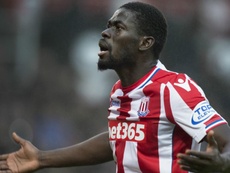 Galatasaray take Ndiaye back on loan 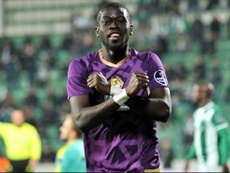 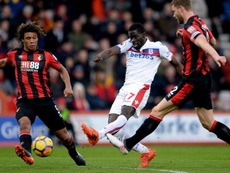 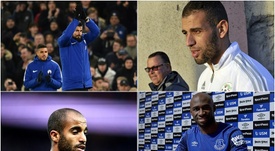