The World Cup star, who is missing the start of the Premier League season to represent his country in Indonesia, is now just 90 minutes away from a gold medal that would spare him a career-threatening spell of military service.

"I don't think I need to say anything," said Son, refusing to be drawn on the subject.

"We're close to winning gold, to making history, and we will fight for it."

A double from Lee Seung-woo and another goal from free-scoring striker Hwang Ui-jo sent the Koreans through to this weekend's final, where they face either Japan or the United Arab Emirates as they chase a record fifth title.

Son's clever flick provided the assist for Hwang Ui-jo to extend their advantage just before the half-hour mark.

Darting in behind the Vietnamese defence, Hwang -- hat-trick hero of Korea's 4-3 quarter-final win over Uzbekistan earlier this week -- clinically hooked in his ninth goal of tournament.

Lee stabbed in his second, and his team's third, 10 minutes after the interval before Vietnam pulled one back through a dipping free kick from Tran Minh Vuong with 20 minutes left.

Once heralded as the "Korean Messi" after signing for Barcelona as a 12-year-old, Lee was carried off for treatment after being run over by beefy Syrian referee Masoud Tufayelieh, although little was damaged except his pride.

"It was a difficult game," said Son, who was removed as a precaution after 72 minutes while on a booking.

"But we dominated it and deserved to win. We are all ready for the final. I'm trying to make my country happy, make myself happy. It's all positive for me."

Despite his spin-doctoring of the situation, however, the 26-year-old Son could be called up for almost two years of compulsory military service in the next 18 months if he fails to lead the Taegeuk Warriors to gold.

The Spurs forward was selected to play at the 2014 tournament on home soil but his former club Bayer Leverkusen refused to release him -- the Koreans scooped gold.

Nearly every able-bodied South Korean male is required to carry out 21 months of military service before the age of 28, although the government rewards Asian Games gold medals and Olympic medals of any colour with an exemption.

Japan were due to play the Emirates in the second semi-final later on Wednesday. 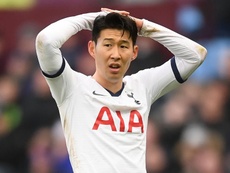 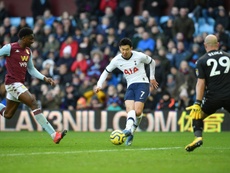 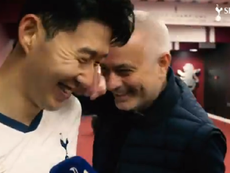 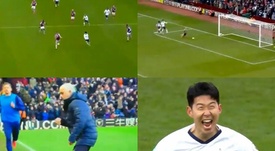 Son once again the hero for Mou: brace and last minute goal