Dean Henderson has all the attributes to be a future Manchester United goalkeeper, according to boss Ole Gunnar Solskajer.

The 22-year-old played a starring role in Sheffield United's promotion to the Premier League last season and has featured in all 12 top-flight games for the Blades so far this campaign, conceding just nine goals.

He will miss Sunday's clash with United at Bramall Lane as he is not eligible to play against his parent club.

Henderson is yet to play a first-team game for the Red Devils but Solskjaer has no doubt he will enjoy a fruitful career with the 20-time English champions.

"Sheffield United and Chris Wilder have had a big impact on him because he's learning, he's growing as a human being and as a player," he told United's official website.

"He'll come back one day and will have a good career at United."

Solskjaer says he has been impressed with how comfortably Wilder's side have taken to life in the Premier League and reserved special praise for former United youth player Oliver Norwood, who has been an ever-present for the Blades this season.

"It's a fantastic achievement what they've done," he added.

"Chris is a fantastic manager. He's a little bit different than some of us and we had him here for a behind-closed-doors game in August or September, where he played the ones who hadn't played. I'm so happy for him to do well.

"To see Ollie Norwood - I had him in the reserves - captaining a Premier League club is great. It's testament to us as a club as well that if you don't make it at Man United you can still have a great career and Oliver has done fantastic." 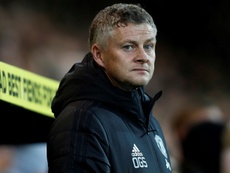 "I would have taken everyone off at half time" 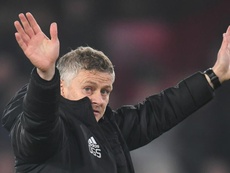 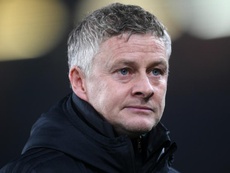 As Pochettino hovers, Manchester United show they will fight for Solskjaer 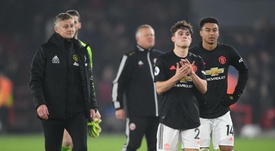