Ole Gunnar Solskjaer told Manchester United supporters unhappy with the club's owners that the Red Devils must "stay together" after his players disappointed those hoping for an FA Cup upset by thumping Tranmere Rovers 6-0 to reach round five.

United arrived at Prenton Park having lost back-to-back Premier League games against Liverpool and Burnley and the club's plight prompted some in the away end to reprise the disgruntled atmosphere that filled Old Trafford after defeat to the Clarets four days earlier.

Goals from Harry Maguire, Diogo Dalot, Jesse Lingard, Phil Jones, Anthony Martial and Mason Greenwood lightened the mood among the United faithful as Solskjaer's men breezed past League One opposition, and the manager praised his side's approach after they avoided a potential banana skin.

I think the players played football the way it should be played. It was an exceptional performance at times. It was a very difficult pitch.

"It wasn't just the Tranmere people who wanted an upset, there were a lot of others. We've just got to stay together and keep working.

"Every game you win is a good one for your confidence. Every time you score a goal and perform well, it's good.

"The attitude was spot on. That's all you can ask for. When the attitude is right, you can't fault them."

Maguire, who opened the scoring for United with a powerful 20-yard drive, and then provided the assist for Lingard to score their third in a display full of guile and attacking intent, said his first goal for the club was long overdue.

"It's been a long time coming," said Maguire. "I've had a lot of chances this year without finding the back of the net. It’s nice to help the team get into the next round.

"It was really important to get the win, coming off the back of a bad performance and result against Burnley.

"We set our stall out to put in a positive performance for the fans. We're in the next round, which is what we came to do." 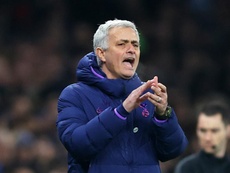 Mourinho on Spurs team for FA Cup replay: I had to manage this chess game without pieces 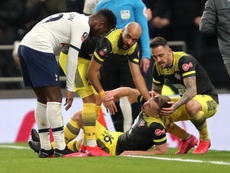 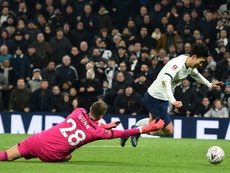 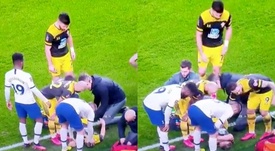