Philippe Coutinho will look to continue a proud legacy of Brazilians at Bayern Munich after joining the Bundesliga club on loan.

Three months on from Rafinha's emotional farewell, there is a Brazilian back at Bayern Munich.

Thiago Alcantara, a Spain international born to Brazilian parents, had been the club's lone ongoing link to the country until Philippe Coutinho formally arrived from Barcelona on Monday. The Vasco de Gama product has a lot to live up to Allianz Arena, where many of his compatriots have shone in the past.

An option for Bayern to buy the attacking midfielder on a permanent basis hints at a bright future in Bavaria, but can he emulate the likes of these former favourites?

The only non-European member of the club's hall of fame was a human highlight reel throughout his six excellent seasons.

Signed from Stuttgart in 1997, the 'Samba Striker' wrote his name into the annals by forging an entertaining and prolific partnership with target man Carsten Jancker.

Elber scored the bulk of goals - 140 of them in all competitions - to help deliver four Bundesliga titles, three DFB-Pokal triumphs and a Champions League crown in 2001. The fringe Selecao forward signed off with a league-high 21 goals in his final season in Germany before joining Lyon in 2003.

Ze Roberto favoured function over flair as he rivalled Elber's longevity in Bavaria and won as many Bundesliga titles. Three were secured in the four years after his switch from Bayer Leverkusen, but a change in direction under Felix Magath led to a divorce between player and club.

Magath soon made way and Ze Roberto returned from South America on a two-season loan deal that showcased his development into an intelligent, crafty, goal-scoring central midfielder.

Elber's success prompted the German giants to invest in another Brazilian attacker and together they exacted European revenge on Manchester United.

In the second of his three seasons at Bayern, striker Sergio netted a vital late winner in a 1-0 first-leg triumph at Old Trafford in the Champions League quarter-finals in 2001. Elber then found the net in a 2-1 victory in the return encounter to help confirm the club's progression en route to continental glory.

Though the goals dried up after a fine first season, former Roma man Sergio continued to trouble United as he put another past Alex Ferguson's men less than a year on from their previous meeting.

Like Sergio and Ze Roberto before him, Lucio cut his teeth in the Bundesliga at Bayern's rivals Leverkusen.

The elegant centre-back traded up in 2004 and stayed for five years, winning three domestic doubles in that time. Lucio attracted as much acclaim for his ability to carry the ball forward as his faultless defending and scored seven goals in 144 top-flight appearances during his stay.

Spells at Inter, Juventus and Sao Paulo followed for the 2002 World Cup winner, who continues to play in his homeland aged 41.

Schooled in the same ball-playing style as Lucio, defender Dante squeezed an incredible amount of silverware into three seasons under Jupp Heynckes and Pep Guardiola.

The left-footer won the treble in his first campaign at the club and barely veered from that level, lifting the Club World Cup and UEFA Super Cup to go with another two Bundesliga titles. A cult figure wherever he goes, the afroed ex-Borussia Monchengladbach player left Bayern with a full trophy cabinet when he moved to Wolfsburg in 2015.

"He was always there when the team needed him," Bayern chairman Karl-Heinz Rummenigge said as Rafinha said goodbye to the club in May.

At right-back or left, as Philipp Lahm's understudy or Joshua Kimmich's mentor, Rafinha found ways to make himself useful. He might only have won four caps for Brazil but the diminutive and adaptable defender was a big contributor at club level, making 266 appearances during a Bayern career spanning eight seasons. Seven successive titles cemented a rich legacy. 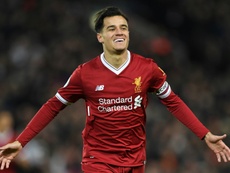 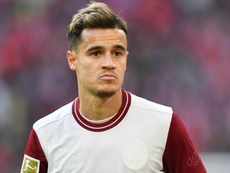 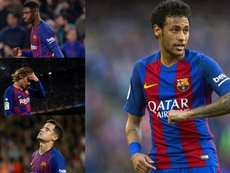 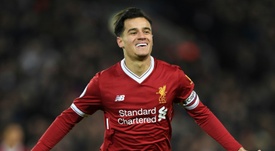 The three key things which would prevent Coutinho returning to Liverpool