African debutants Pyramids of Egypt confirmed Sunday that they are the team to beat in the CAF Confederation Cup after crushing Nouadhibou of Mauritania 6-0 in Cairo.

Egyptian Mohamed Farouk and Burkinabe Eric Traore scored twice each and Ghanaian John Antwi and Ivorian Wilfried Kanon once for the expensively assembled side, who led 2-0 at half-time.

It was the seventh victory in eight qualifying and group matches for Pyramids under French coach Sebastien Desabre, with the other game drawn.

They lead fellow Egyptian club Al Masry on goal difference in Group A, six points clear of Enugu Rangers of Nigeria and Nouadhibou after two rounds.

"My goals this season are to challenge for the Egyptian title and to win the Confederation Cup," says Desabre, who took Uganda to the Africa Cup of Nations last 16 this year.

Pyramids were formerly known as Al Assiouty Sport and the club has benefitted greatly from the financial backing of two Middle East businessmen.

Saudi Turki al Sheikh bought Assiouty in 2018, changed the name to Pyramids, hired a succession of foreign coaches and bankrolled a string of signings.

He sold the club to Emirati Salem al Shamsi, who has further strengthened the squad with Tunisian Amor Layouni, Ugandan Lumala Abdu and Kanon among the signings.

Nigeria assistant coach Salisu Yusuf was seconded to Rangers after they won only once of five league matches at the start of the domestic season.

But he has made a disappointing start in Africa with the loss to Masry coming seven days after they were well beaten at home by Pyramids.

Other clubs to watch in the pursuit of a $1.25 million (1.1 mn euros) first prize are Renaissance Berkane and Hassania Agadir of Morocco and Horoya of Guinea.

Berkane, runners-up to Zamalek of Egypt last season in the African equivalent of the UEFA Europa League, held Zanaco of Zambia 1-1 in Lusaka to lead Group B.

Burkinabe Djibril Ouattara put the club from northeast Morocco ahead on 15 minutes with his second CAF goal in as many matches and Charles Zulu levelled before half-time.

Mehdi Oubila netted midway through the first half and captain Yassine Rami scored just after half-time to earn Hassania an impressive 2-0 away win over Paradou of Algeria in Blida.

They lead Group D by three points from former African champions Enyimba of Nigeria, who edged San Pedro of the Ivory Coast 1-0 in Aba thanks to a second-half goal from Martins Usule. 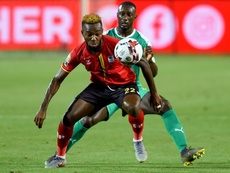 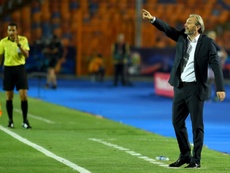 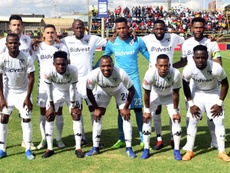 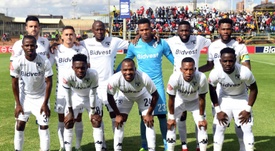