Simeone confirms it: "The Moussa Dembélé move is advanced"

Cholo Simeone, in his press conference before the match against Sevilla, explained that he believes that Julen Lopetegui's team will be among the candidates to win the domestic championship until the end of the season. He also analysed the current situation of his Atlético, in which the arrival of Moussa Dembélé fits in.

Cholo believes that Sevilla FC will be among the candidates to win La Liga until the end of the season. In addition, he confessed that the signing of Moussa Dembélé is "very advanced".

"I like Sevilla, it always has a special character, competitive, it has strengthened very well as it always does and it has important players and a very complete team. They will compete until the end to win La Liga. I congratulate Julen for his renewal, he is doing a very good job", said the coach.

When asked, assuming that it will be given, about the incorporation of Moussa Dembélé from Olympique Lyon, he replied: "It is not yet confirmed, but it is very advanced. I'm going to show up for the game that interests me and, when I'm there, if it's there, I'll give my opinion".

Already in more general lines regarding how his team is ahead of the duel with Sevilla, he explained: "Sevilla comes from competing with a very good rhythm of play, they looked very good in the last match. They always compete and play very well, they take advantage of their positional game, they are eliminating rivals to break through the flanks people who arrive in the second line, very good play in the middle... They have been competing better and better for years".

Regarding the grass of the Metropolitan Wanda, he commented: "Very good. It looks very good, with a normal state to be able to compete and, surely, there will be no difficulty with the field". Trippier, who continues to be sanctioned, is "very well, with a lot of desire to play, hooked as always". 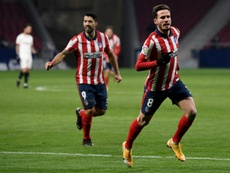 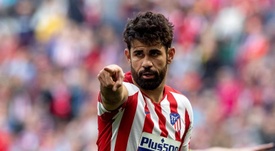