Chelsea's huge transfer spend has so far failed to deliver the expected return on investment as Frank Lampard's men continue to leak goals at an alarming rate.

By contrast, even the European elite were more cautious as Real Madrid did not make a single signing, Barcelona tried to offload big salaries and Leroy Sane was the only major arrival at Bayern Munich.

Yet, Chelsea are far from being considered among the principal contenders as the Champions League returns this week, as Lampard has so far failed to find solutions to familiar problems from his first season in charge at Stamford Bridge.

Chelsea have won just two of their opening five Premier League games of the season and twice blew the lead against Southampton on Saturday for already their second 3-3 draw of the campaign.

In 43 league games under Lampard, they have now conceded 63 goals.

Going forward there are signs that Werner and Havertz, who both scored their first Premier League goals at the weekend, are beginning to click, while Ziyech and Christian Pulisic will add even more firepower as they return from injury.

However, another huge error from the world's most expensive goalkeeper, Kepa Arrizabalaga, cost his side against Southampton and the Spaniard may have to start against Sevilla on Tuesday with Mendy unlikely to return from injury in time.

The case of Kepa illustrates the very different economic models that Chelsea and Sevilla operate.

Just two years on from paying a Â£72 million buyout clause to sign Kepa from Athletic Bilbao, Chelsea have cut their losses by spending another £20 million on Mendy.

Sevilla, on the other hand, consistently have to sell their best talent and evolve to remain a European power.

The Andalusians have a better record in European competition than Chelsea over the past seven seasons despite a drastically smaller budget.

That is mainly thanks to winning the Europa League four times in that period, most recently in August when they saw off Roma, Wolves, Manchester United and Inter Milan in an impressive run to the title.

"Sevilla has created a parallel world of happiness for fans in these difficult times," Monchi, the club's renowned sporting director, told A Balon Parado this week.

But in playing down hopes they can challenge for a first La Liga title since 1946 with Madrid and Barcelona not the forces they once were, Monchi highlighted the stark financial gulf Sevilla still have to bridge.

"We have in mind the moment in which we can take a jump is when we reach revenue of 300 million euros," he added.

Revenue for the 2018/19 season without Champions League football was just 206 million euros.

Chelsea have spent well more than that in one summer, but that is still no guarantee that will buy success at Stamford Bridge on Tuesday.

Saturday's 1-0 defeat to Granada, when Sevilla played for half the game with 10 men was the first time Lopetegui's side had lost in 90 minutes since February.

They have already drawn at the Camp Nou this season and will have no fear facing a Chelsea side that shown itself incapable of beating Southampton and West Brom. 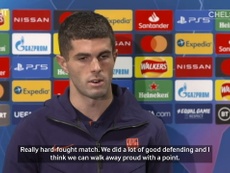 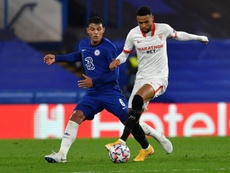 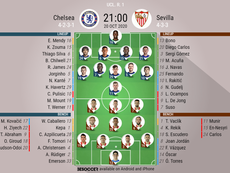 Chelsea v Sevilla - as it happened

it is a strange comparissom 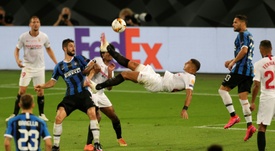 Diego Carlos warns Chelsea: "We will play to win"