French forward Wissam Ben Yedder hit a hat-trick as Sevilla soared to the top of Champions League Group E by cruising to a 3-0 win over Slovenian champions Maribor on Tuesday.

Ben Yedder produced clinical finishes from close range twice in 11 first-half minutes to put the hosts well on course for victory before completing his hat-trick with a penalty seven minutes from time.

Liverpool's 1-1 draw at Spartak Moscow sees the Spaniards lead the group with four points to Liverpool and Spartak's two.

Ben Yedder's inclusion was one of seven changes made by Sevilla boss Eduardo Berizzo from Saturday's 2-0 defeat at Atletico Madrid.

And Sevilla carried much more of a potent threat in the final third with he and Joaquin Correa recalled up front.

The two combined for the opening goal when Correa's cut-back was slotted home at the near post by Ben Yedder.

A flowing team move saw Sevilla double their advantage seven minutes before the break as Ben Yedder latched onto Franco Vazquez's through ball inside the area before firing with unerring accuracy in off the far post.

Sevilla were happy to take the sting out of the game after the break with an important three points assured.

However, Ben Yedder got the chance to take his Champions League tally to six in four games this season when SebastienÂ Corchia was felled inside the area. 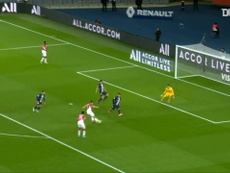 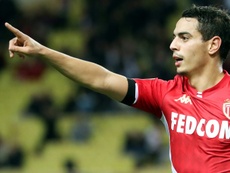 Madrid, Atleti, City and Liverpool all after Ben Yedder 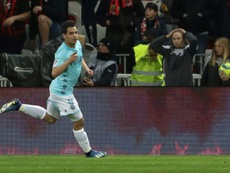 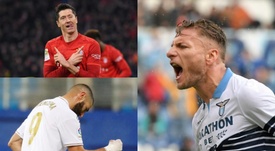