Eclipsed by the signing of Leo Messi, Sergio Ramos was one of Paris Saint-Germain's big signings in the summer of 2021. After three decades at Real Madrid, the defender headed to the Parc des Princes to add to his legend.

However, so far, the Spaniard's time with the Parisian side has been testimonial, as he was only seen during his presentation and has yet to make his debut for his new team.

The centre-back suffered a calf injury that has kept him on the sidelines, but the Spanish player's ordeal seems to have come to an end.

According to 'Le Parisien', Sergio Ramos is expected to be available for the French side's first game after the international break against Angers on Friday 15th October.

The centre-back would be back in action for the first time since the second leg of the 2020-21 Champions League semi-final against Chelsea at Stamford Bridge on 5th May. 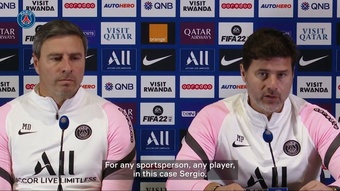