Steve Clarke said Scotland are suffering from a lack of confidence after their 4-0 defeat to Russia in Moscow.

Steve Clarke is concerned by Scotland’s fragile mentality as they aim to build towards the Euro 2020 play-offs from the ‘bottom of the lowest’ point.

Only San Marino sit below the Scots in Group I and they are 12 points behind second-placed Russia with three games remaining.

The defeat was a fourth consecutive loss for the national team and Clarke accepts his team are suffering from a lack of confidence.

"We conceded a soft goal. Man-on-man we have to do better. From there we quickly found ourselves out of the game, and allowed the game to run away from us," he told reporters.

"We have to put it down to fragile confidence, players seem to lose heart very easily, which is unfortunate because we had done okay up to that point.

"I don't think we went out of the game because of our personnel, or the team shape, or the way we set up our tactics.

"We went out of the game because of a corner. And from there the fragile confidence, we just allowed the game to run away from us."

When Clarke was asked whether the Scotland job was bigger than he thought, he added "On the back of a 4-0 defeat, off the back of two 4-0 defeats - yeah, it feels difficult.

Despite their latest humbling, Scotland’s hopes of playing at Euro 2020 are not completely extinguished as they still have the opportunity to qualify via the play-offs, having topped their Nations League group last year.

And with games against San Marino, Cyprus and Kazakhstan to come in this campaign, Clarke is confident of lifting the morale of his squad ahead of those March play-off dates.

"Hard work. Maybe one or two different selections in terms of the squad as well as the starting XI, it's something I’ve got to look," he said. "Obviously we can't keep conceding goals.

"For us it's to try and make sure this is the very, very bottom of the lowest and then build from here and make sure come March we're able to be very competitive and get through the play-offs to give ourselves a chance to be in the same championships." 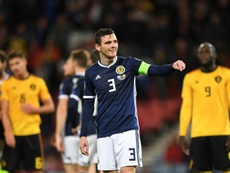 Scottish FA aim for test event with fans in September 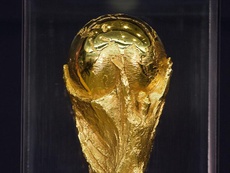 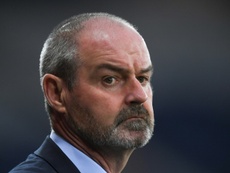 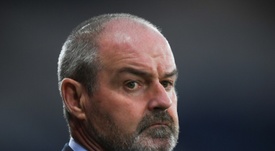