Sarri: Juventus don't have characteristics to play with front three

Maurizio Sarri reiterated Juventus cannot play with three forwards as he expressed confidence in his side's ability to bounce back from a disappointing draw with Sassuolo.

Sarri has faced consistent questions this season over the possibility of using Cristiano Ronaldo, Paulo Dybala and Gonzalo Higuain in a front three.

Dybala was left on the bench last Sunday as Ronaldo and Higuain started up front in a gripping 2-2 game that saw Juventus surrender top spot in Serie A to Inter.

Third-placed Lazio, who are seven points off the top, are the opposition on Saturday as Juve make the trip to the Stadio Olimpico.

There is unlikely to be a Juve attacking triumvirate on show in the capital, however, with coach Sarri insisting it is not possible to play all three together at present.

"Right now, playing three forwards is difficult due to the characteristics of the players," he told a media conference.

"You can't prohibit Dybala from dropping deep, and at the same time Cristiano's characteristics are not to play too central. We must take some precautions to fill the penalty area more".

"It's normal that after Champions League games there's a drop in energy, mentality and confidence, but from what I've seen in training I'm confident. As always, we have to respond on the pitch, getting three points is always important regardless of the game".

"It will be an important matchday for the teams high up in the table, I hope that our motivations are high".

"Lazio are a strong team with great quality. They are the best in Italy and among the best in Europe for getting into the last 25 metres. We need to keep them away from our area because they are very dangerous".

"Based on the average amount of points that they are picking up, Lazio have to be in contention for the fight for top".

"I expect a strong approach from Lazio, who will be very determined. We will have to resist it, come out and dictate the game how we want to." 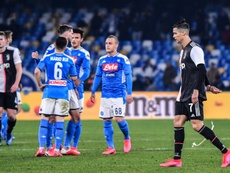 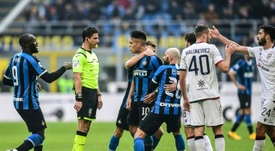