This is not the Jadon Sancho we are all used to. The Englishman's goal tally has dried out this season. He has yet to score in six Bundesliga appearances and he has just one goal in each of the German Cup and the Champions League.

The 2020-21 campaign is proving to be a bit of a struggle for Jadon Sancho. We are used to the 20 year-old scoring goals for fun, but the right winger has yet to score in the Bundesliga this term.

In nine Dortmund appearances this season, the England international has found the back of the net on just two occasions: in the DFB Pokal tie against MSV Duisburg and in the Champions League matchday two clash versus Zenit. Both of those came from the penalty spot.

In the German league, he has started six games, but has yet to score. He has got a couple of assists though.

The youngster, formerly of Man City, has got two goals and three assists in all competitions. Those numbers are a long way last season's stats. He scored 20 times and gave 19 assists in 44 appearances last term.

'AS' also says that Sancho was singled out in Dortmund's loss against Bayern Munich because he lost the ball 13 times. Favre ended up running out of patience with the Englishman and he was subbed off in the 69th minute. 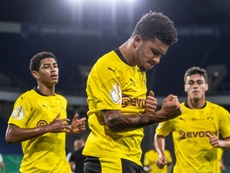 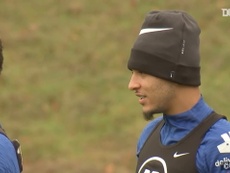 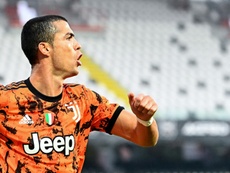 Cristiano moves closer to PSG as United rule out signing 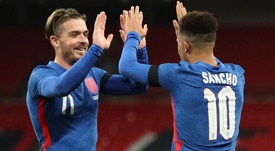