Sancho's three goals helped second-placed Dortmund to a 6-1 romp at bottom side Paderborn as Thorgan Hazard, Achraf Hakimi and Marcel Schmelzer also got on the scoresheet.

The 20-year-old Sancho was booked after removing his playing shirt in the second-half to reveal the T-shirt with his message.

It was the latest German league protest in support of Floyd after Moenchengladbah's French striker Marcus Thurum took a knee on Sunday and Schalke's US midfielder Weston McKennie wore an armband showing "Justice for George" on Saturday.

Achraf also showed off his own message of support for the cause, which has dominated headlines around the world after yet another instance targeted police brutality. 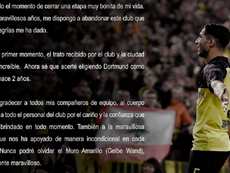 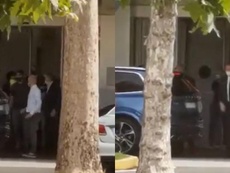 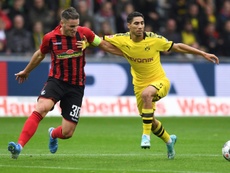 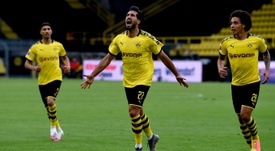