Alashe glanced in a Chad Barrett cross on 87 minutes to give San Jose a share of the points at the StubHub Center in Carson just four minutes after the Galaxy had taken the lead through a Marvell Wynne own goal.

It was a disappointing result for the Galaxy, who had been hoping to continue their march up the Western Conference standings with a victory.Â

The Galaxy fielded all of the biggest names of their overseas contingent -- including Steven Gerrard, Robbie Keane and Ashley Cole -- and looked to be on their way to a win after Wynne's own goal on 83 minutes.Â

The San Jose defender steered a Sebastian Lletget cross into his own net as the Earthquakes defense finally cracked after a sustained period of Galaxy pressure in the second half.Â

Ireland record international goalscorer Keane and Mexican international Giovani dos Santos had both gone close to opening the scoring in the minutes before San Jose's own goal.Â

However, with Galaxy's boisterous home fans preparing to celebrate a victory, San Jose conjured a goal in a rare foray into Los Angeles territory.

Barrett's persistence saw him win the ball on the left flank, and he curled an inviting cross into the area which Alashe met to direct into the Galaxy goal.Â

The draw leaves Galaxy in fifth place in the Western Conference standings with 20 points from 11 games.

Real Salt Lake and Vancouver Whitecaps are third and fourth on 20 points ahead of Los Angeles on goal difference.Â

The Colorado Rapids head the table with 27 points from 13 matches.Â

Diego Valeri fired Portland ahead from the spot in the fourth minute and Jack McInerney made it 2-0 just before the half-hour mark.

Kekuta Manneh pulled a goal back for the Whitecaps just after half-time but two goals in four minutes from Dairon Asprilla (78) and Darlington Nagbe (82) gave the Timbers a 4-1 lead.Â

Pedro Morales scored a late consolation for Vancouver with a penalty on 84 minutes. 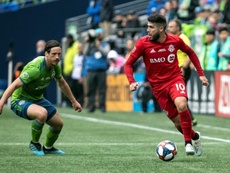 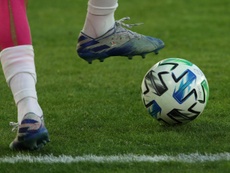 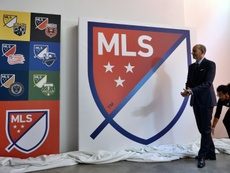 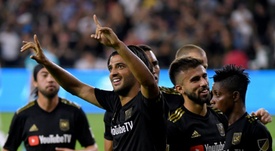