With his two goals against Watford, Mohamed Salah is now the ninth highest goalscorer in Liverpool's history, drawing on 84 with Reds legend Kevin Keegan. According to the facts given by 'Actu Foot' which say that...

Behind him are players such as Luis Suarez, who he was drawing with on goals (82) before Saturday's game, and Fernando Torres, who left to go to Chelsea with 81 goals under his belt.

With 84 goals under his belt in 126 games with Liverpool, the Egyptian's next victim is John Benjamin Toshack, who scored 87 goals.

Salah still has a lot of scoring to do if he wants to overcome Liverpool's highest goalscorer in history, Ian Rush, who scored 294 goals in 583 games with the Reds, almost 100 more than Gerrard, in second place.

In the Egyptian's favour plays the fact of being the footballer with a relevant amount of goals and less minutes needed to see goal. He scores a goal every 124 minutes (better than Torres or Suarez, who left the mark in 135 and 138 minutes per goal). Ian Rush scored one every 170 minutes. He has margin to catch him. 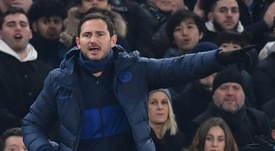