Manchester United could be set to land the most sought-after striker in Europe.

According to a new report, Erling Haaland has identified the Red Devils as his preferred choice from a long list of suitors containing Juventus, Borussia Dortmund and RB Leipzig. The teenager met with the two Bundesliga clubs in midweek, but United appear to have moved to the front of the queue.

Salzburg star Haaland has told compatriot Ole Gunnar Solskjaer he wants to move to Old Trafford, according to the Mirror.

United have been linked with the 19-year-old for several months and the Norwegian connection could lead him to the Premier League.

However, Haaland's high-profile agent Mino Raiola reportedly wants to keep all options on the table as the January transfer window moves nearer. The striker's father, Alf-Inge, was said to have visited United's training ground in November, while Haaland held talks with Bundesliga teams Borussia Dortmund and RB Leipzig this week.

- Inter's firm interest in Fiorentina winger Federico Chiesa could lead to a transfer tug-of-war with Serie A title rivals Juventus, according to CalcioMercato.

- The Nerazzurri have been linked Alessandro Florenzi, but Atalanta are now in pole position to sign the Italy international if he leaves Roma in January, says Gazzetta dello Sport.

- Rest time might be at a minimum for Kylian Mbappe when the club season winds down. According to Le Parisien, French Football Federation president Noel Le Graet will give the Paris Saint-Germain star the chance to compete at the Olympic Games in Tokyo, which begin less than two weeks after the Euro 2020 final.

- West Ham's victory over Southampton will not be enough to save Manuel Pellegrini from the sack, says the Daily Star. Carlo Ancelotti and David Moyes are among the possible replacements. 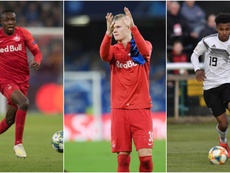 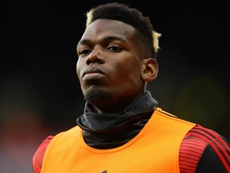 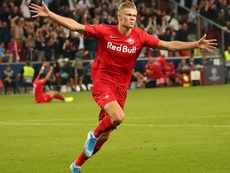 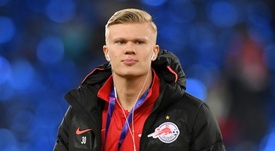