Rudiger eager to lead from the back for Chelsea

Chelsea welcomed Antonio Rudiger back from injury this week and he is hoping to "help the young guys" by putting his experience to good use.

Antonio Rudiger is determined to become a "commanding" figure for Chelsea now that he has put injury problems behind him.

The 26-year-old made just his second appearance of the season in Tuesday's 2-1 win over Lille that secured a Champions League last-16 spot for the Blues.

Having overcome knee and pelvis issues in recent months, experienced defender Rudiger is relishing the opportunity to influence Frank Lampard's youngsters from the back.

"In my position it is very important to speak, to be loud," he told reporters, quoted in several British newspapers.

"I have the whole pitch in front of me and this has always been natural to me. I have always, even when I was young, been commanding.

"I see myself as helping the others, as always. As I did in the other years in the team when I played with David Luiz or Gary Cahill.

"I am always loud on the pitch, especially with the young guys because you need to help them.

"There will be a period, that is normal because we are all human, that you will fall a bit, the performances will go down.

"But there especially you need to, and me as the most experienced in the back, need to help those young guys. I'm in for that."

Fikayo Tomori, Andreas Christensen and Kurt Zouma have all filled in at centre-back this term, with the latter partnering Rudiger on the Germany international's return to action.

The pair performed well against Lille and Rudiger is confident of building a strong partnership with whoever he plays alongside.

"For me, it is just a matter of communication," he said. "If you don't speak then things will be a bit difficult, but me and Kurt spoke directly and the commands were clear.

"So it was easier for everyone. That's just the issue of being commanding.

"For me, it is just an issue of speaking because if you don't speak it will be difficult."

Chelsea return to Premier League action on Saturday with a home match against Bournemouth. 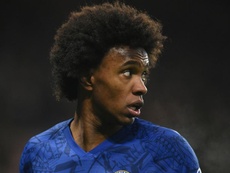 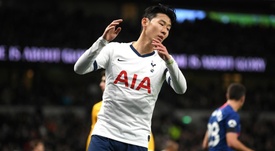