DC United will be without Wayne Rooney for a second game running after the forward's one-match ban was extended.

Wayne Rooney will miss a second DC United match after having his suspension for violent conduct extended by MLS.

The 33-year-old was sent off during United's 2-1 defeat to New York Red Bulls when a VAR review focused on an off-the-ball incident involving Rooney and Cristian Casseres Junior.

Rooney was adjudged to have made contact with Casseres' face and he served the first game of his ban while United lost 3-1 to Philadelphia Union on Sunday.

With MLS opting to increase the ban, Rooney, who has scored 11 goals in 25 league appearances for United this season, will now miss Saturday's trip to Montreal Impact as well.

There are just five games left in the regular MLS season schedule, and United are fifth in the Eastern Conference standings.

The former England striker will leave United at the end of the year as he heads to Derby County, where he will assume a player-coach role. 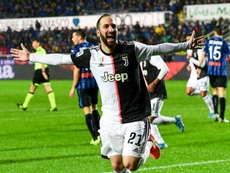 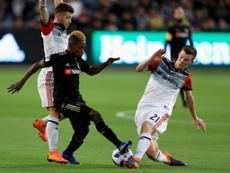 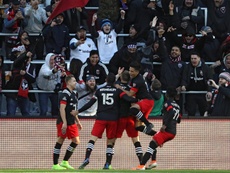 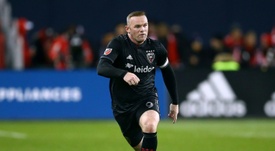