Wayne Rooney has admitted his frustration at being forced to wait until January to play for Championship side Derby.

The former Manchester United and England captain is unable to make his debut for the Rams until January, after signing an 18-month contract following his departure from Major League Soccer side DC United.

The visit of Barnsley to Pride Park on January 2 has been pencilled in for Rooney's first appearance and he said he was ready.

"It's obviously frustrating training throughout the week and not being able to play," the 34-year-old player-coach said on Friday.

"Training the day before a game is the worst day as the players don't do too much so it's been one-on-one with the fitness coach today, which isn't nice.

"It's frustrating because I am ready to play. I've just really been topping up my fitness and ticking things over since (leaving America) and if the game was tomorrow I would be able to play."

Derby will play four more matches before Rooney is eligible to feature. In that time, he will hope Phillip Cocu's team can narrow the eight-point gap between themselves and the top six.

The Rams have failed to hit the heights of last season, when they reached the Championship play-off final, and are currently on a four-game winless run.

However, Rooney said that the play-offs remained the aim.

Despite not being able to play yet, Rooney said he had enjoyed his time at Derby under the guidance of Cocu.

"The manager has been great with me," he said. "I've been training with the players and then having a bit of input with the manager and the coaching staff off the training pitches.

"I've been in meetings and given my opinion on different things and it's great to work with and learn from someone like Phillip Cocu.

"It's a great opportunity for me to continue to play and also have one foot in the other side of it. I am sure it will only benefit me." 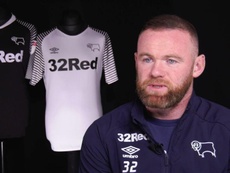 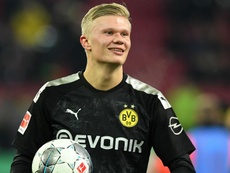 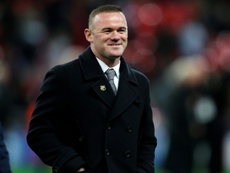 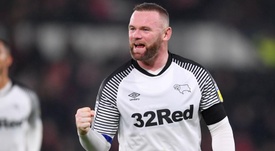 Wayne Rooney to captain Derby County on debut against Barnsley

Rooney confident he could still thrive in Premier League