Benitez, a former Real Madrid coach and Champions League winner with Liverpool in 2005, is still searching for his first victory in four games this season.

Rondon went down in the box under minimal pressure and then scored the penalty in the third minute of injury time in a 2-2 stalemate with FA Cup winners Shanghai Shenhua. The 30-year-old Venezuelan, who was with Benitez at Premier League side Newcastle before both moved to China last summer, also scored in the 66th minute following a defensive mistake as Dalian twice came from behind.

Dalian have taken just two points from a maximum 12 and the 60-year-old Benitez is battling to live up to his nickname -- in China, they call him a "master tactician". The Spaniard, who at times wiped his face with a white towel such was the heat and humidity in Dalian, said: "I want to say congratulations to my players, it was a very difficult game.

"I'm really pleased for them because they made a great effort and they deserved at least a draw. Not just Rondon -- the team worked really hard -- but I'm pleased for him, he's scoring a lot of goals now and doing well."

Rondon has four goals in as many matches this season. Dalian face Giovanni van Bronckhorst's Guangzhou R&F, who are also yet to win this season, on Saturday in a game they dare not lose. All matches in this year's CSL are taking place behind closed doors in Dalian and Suzhou to minimise the risk of coronavirus infections. 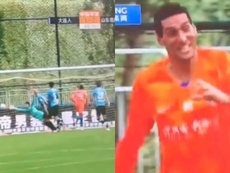 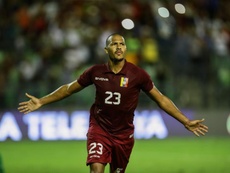 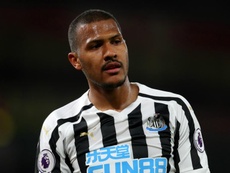 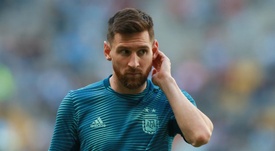 Rondon could stay at Newcastle for 20 million