"Ronaldo and 'street smarts' made the difference for Portugal"

Switzerland played well against Portugal but were undone by Cristiano Ronaldo's brilliance, according to Vladimir Petkovic.

A hat-trick from the Juventus star sent the host nation into Sunday's final with a 3-1 victory over Switzerland in Porto on Wednesday.

Petkovic's side were the stronger for spells of the match and deserved to be level when Ronaldo's first-half free-kick was cancelled out by Ricardo Rodriguez's penalty.

However, Ronaldo scored twice more in the space of two minutes in the closing stages to secure a showdown with either England or Netherlands on Sunday.

"Congratulations to Portugal," Petkovic said afterwards, as quoted by UEFA.com. "They had street smarts, they had the cherry on top of the cake and that made the difference. Four shots, three goals.

"On the one hand, we were up against a very strong opponent, but over 90 minutes we showed we're a strong team and that we can make life for a top side difficult, too.

"We were trying to keep the score; we had the chance to get a second but didn't take it. We got outnumbered at the back and conceded. Their top player made the difference."

Switzerland's penalty was awarded in remarkable circumstances, with referee Felix Brych penalising Nelson Semedo for a trip on Steven Zuber after a VAR review, having initially given Portugal a spot-kick for a foul by Fabian Schar on Bernardo Silva.

"The foul wasn't that clear – the penalty we were given – but it was the right decision and in conformity with the rules and the referee did a very good job," was Petkovic's assessment.

Xherdan Shaqiri, who impressed for a Switzerland side that will now contest the third-place play-off, thinks his side must learn to be more ruthless.

"We were the better team, for sure, but Ronaldo decided the game. This is football sometimes," said the Liverpool man.

"We can't always play well and lose. We have to learn from our mistakes and do better next time." 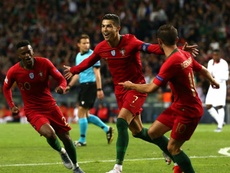 Ronaldo and Messi on another planet - Xhaka 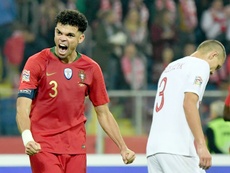 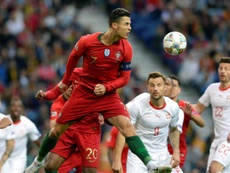 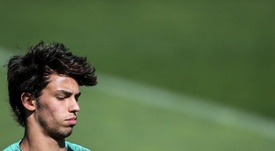 Fonte expects nothing but brilliance from Ronaldo