Although Sergio Romero finds it difficult playing back-up at Manchester United, he still relishes playing for the "best club in the world".

Sergio Romero still feels he is living the dream at Manchester United despite acknowledging frustration over being a permanent back-up.

Romero, 32, joined United from Sampdoria in 2015, allowing him to link up once again with his former AZ coach Louis van Gaal.

Although the Dutchman did not last at United, Romero has continued to be a valuable asset to the club, with predecessor Jose Mourinho and his successor Ole Gunnar Solskjaer keeping him on as the back-up to David de Gea.

Throughout Romero's time at United he has had to contend with being second choice, though under Mourinho the Argentina international featured prominently in the victorious Europa League campaign of 2016-17, even playing the final.

Although he has not played a Premier League game since May 2018, Romero has made three European appearances this season – but he could not hide his frustration at not being a regular starter.

"It's not easy, but I work every day for this, for this possibility," Romero said on Wednesday ahead of facing his former team AZ this Thursday.

"Our fans know their football and they're the best fans in the world," says the boss.

"When I have my chance in the squad to play, I am ready for this moment. I think in the last four years I have been in a difficult situation because I have played for the national team for years. But I am ready, I work every day for my chance and when I have my chance I try to do my best. When you have David in front [of you] – in the last years David is the best goalkeeper in the world – this is difficult. But I work, I am happy, I am in the best club in the world. I tell about another time when I was young, I saw Man United [play] many times and I say, 'one day I want to play in this club'.

"I am here, I am happy, I work, and when I have my chance, I do my best. When I got the chance to come to United I knew I accepted that I would be playing a few games, but when you get the chance to wear this shirt it's a dream come true. It's never intention to be second choice." 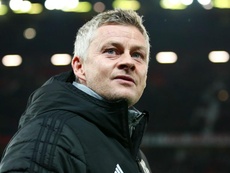 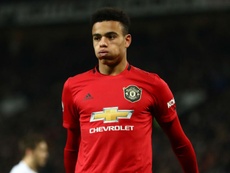 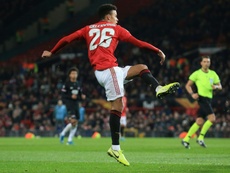 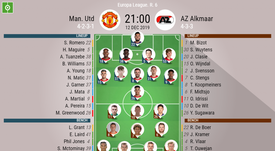 "Pogba will play a lot more games with Manchester United"