Roma withstood a dramatic, late Tottenham comeback to send the Premier League team to their first defeat of this pre-season in a bad tempered affair which ended 3-2 in remarkable fashion.

Tackles were flying in all over the pitch and Spurs manager Mauricio Pochettino was livid with match officials in the second half, although much of his anger would have been directed at his players who badly underperformed at Red Bull Arena.

The Italian team deserved the victory given to them thanks to a penalty on 12 minutes from Diego Perotti before Turkish midfielder Cengiz Under doubled the score with 21 minutes remaining.

Harry Winks reduced the arrears on 86 minutes when he prodded home from four yards and when Vincent Janssen scored in stoppage time, the Premier League team looked to have gained a draw that would have sent the International Champions Cup friendly to a penalty shoot-out.

Moments later, however, Marco Tumminello scored in dramatic fashion to sink the Londoners once and for all.

On the day that Daniel Levy, the Tottenham owner, stressed his lack of transfer activity this summer is irrelevant because of the clubâs thriving youth academy, manager Mauricio Pochettino fielded a number of younger players.

Central defender Cameron Carter-Vickers, left back Kyle Walker-Peters and midfielder Josh Onomah all started for a Spurs team who arrived in New York with a spring in their step following Saturday nightâs 4-2 win over Paris Saint-Germain in Orlando.

Roma, who lost their previous game to the French champions on penalties, fielded a near full strength side with former Manchester City player Edin Dzeko and Aleksandar Kolarov both renewing acquaintances with the Premier League club.

And the Italians controversially took the lead on 12 minutes through a Perotti penalty.

Carter-Vickers was adjudged to have handled a Radja Nainggolan cross and although referee Hilario Grajeda was initially unsure, his assistant indicated the Spurs player did indeed handball in the area allowing Perotti to step up and steer past Michel Vorm.

The English side, cheered on by a strong contingent of supporters, failed to get into their stride and it wasn't until the 24th minute that a chance finally fell their way.

Harry Kane was inches away from a cross before Mousa Dembele hit the bar from close range.

Kane, the England striker, had been very quiet but he sprung into life on 36 minutes, powerfully holding off his marker before unleashing a shot from 20 yards which was well saved by Roma's keeper Alisson.

Pochettino removed the three young hopefuls at half-time with only Walker-Peters impressing, yet three minutes after the re-start Kane was left furious after Fazio brought him down in the area only for the referee to dismiss his penalty claims.

The striker's anger spilled over soon after when he smashed into Kostas Manolas, leaving the Roma defender sprawled out on the turf.

Manager Pochettino then became embroiled in a lengthy argument with the fourth official, who appeared to try and send the Argentine off before relenting and allowing him to continue sitting on the sidelines.

On 69 minutes, Eusebio Di Francesco's side doubled their lead as sub Kevin Vimmer's cross fell to Under, who made no mistake.

The Serie A side now travel to Boston for their final International Champions Cup match with compatriots Juventus while Tottenham travel to Nashville to take on Pep Guardiola's Manchester City. 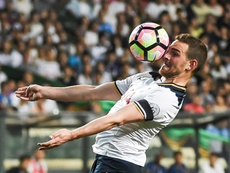 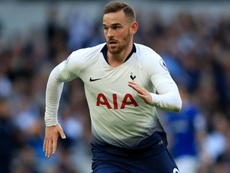 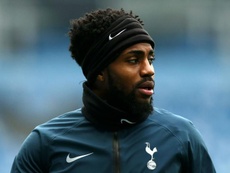 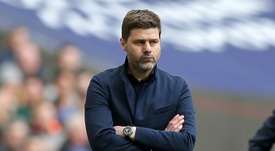 Pochettino plans major overhaul with 12 players on way out

Poch refusing to bring Janssen in from cold