BeSoccer 3 months ago 562
Captains of Forgiveness and Patience FC together represent new-found peace in the town of Jos. AFP
For years, the central Nigerian city of Jos was a flashpoint for ethnic strife pitting Christian and Muslim youths against each other in clashes in rival neighbourhoods.

Neighbour turned against neighbour as Muslims dared not cross into Christian districts, and Christians steered clear of Muslim dominated quarters. But community leaders have turned to football and music as a way to reach across the divide in a programme successfully building trust and restoring the peace.

Promoting mediation and team spirit, Salis Muhammad Abdulsalam and his community group went from neighbourhood to neighbourhood recruiting young football players from 20 communities. Branding them with names like Love FC and Unity FC, the initiative has helped to bring divided Jos, capital city of the central Plateau state, back together. On a recent weekend, Patience FC and Forgiveness FC met up for a final in the Rwang Pam Township stadium in Jos, in a symbol of communities coming together in coexistence.

"These boys have now turned out to be advocates of peace and unity," Abdulsalam said. "Every other day of their lives that they train together, they play matches together, we foster unity and build team spirit and we reduce rivalries. We reduce mistrust amongst them."

Two players -- one Muslim and one Christian -- stood shoulder to shoulder with the ball balanced between them in a symbol of unity. Before the matches, local DJs play tunes and bands perform music in local languages as a way to attract youngsters to the events. A pitch-side banner reads "Music + Football = Peace. Reuniting Estranged Neighbors".

For Amaechi Johnson, a Christian player from Patience FC, the initiative has already paid dividends. He can now enter Muslim areas and be welcomed. "You can enter most places you have never entered before, and that is the peace and unity we are talking about."

Jos, an ancient city which was once a tourist haven because of its cooler climate, falls on the dividing line between Nigeria's mainly Christian south and mostly Muslim north. Most of the violence in the divided city and wider Plateau state has been linked to a long-running sectarian conflict between Christian farmers and Muslim herdsmen.

"Six, seven years ago, Jos used to be boiling almost on a daily basis. But for some time now the place has been quiet," said Irmiya Werr, a Plateau State commissioner. "Programmes like this is what is promoting this peace, what is sustaining this peace."

Mentioned in the news story
NPFL 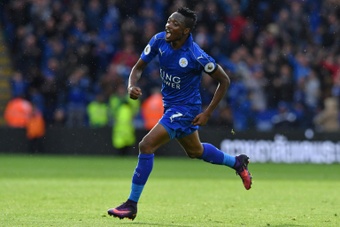