They had been criticised for allowing Karl Namnganda to score in the final minute three days ago as the Central African Republic snatched a stunning 1-0 Group C triumph in Lagos.

Balogun from Scottish Premiership giants Rangers was first to make amends, scoring in the 29th minute of the second meeting to put the Super Eagles ahead.

Nigeria top the table after four rounds with nine points, two more than Cape Verde, who snatched a 1-0 home win over Liberia thanks to a 90th-minute goal from captain Ryan Mendes.

No one was more relieved after Nigeria turned the tables on the Wild Beasts than coach Gernot Rohr as many Super Eagles supporters had demanded his immediate sacking following the Lagos loss.

"I received a very good reaction from my team. Everybody wanted to avenge what happened on Thursday," said the 68-year-old German who has been in charge of Nigeria since 2016.

"We altered the system, playing three defenders, and it worked. The leadership of Ahmed Musa was also vital and congratulations to him for winning his 100th cap.

"Central African Republic were difficult opponents. They committed many fouls, which made it hard for us to create rhythm."

Forward Musa is only the third Nigerian to reach the 100-cap milestone after former Everton defender Joseph Yobo and goalkeeper Vincent Enyeama.

Nigeria visit Liberia and host Cape Verde next month, and the table toppers will join nine other group winners in play-offs during March to decide the five African qualifiers for the 2022 World Cup in Qatar.

Tanzania, the fifth lowest ranked team among the 40 who qualified for the group stage, won 1-0 in Benin through an early Simon Msuva goal to regain the Group J lead.

They are ahead of Benin on goals scored with top seeds the Democratic Republic of Congo two points adrift after losing 1-0 in Madagascar, whose second-minute winner came from Njiva Rakotoharimalala.

Mali retained a two-point advantage over Uganda in Group E after both countries achieved 1-0 victories to eliminate Kenya and Rwanda from the race to finish first.

Ibrahima Kone, whose hat-trick triggered a Malian goal blitz against the Kenyans last week, netted early in the second half to earn the Eagles maximum points in Nairobi.

Fahad Bayo was another forward to score in successive qualifiers, following up his winner for Uganda in Rwanda three days ago by netting the only goal of the return match in Entebbe.

After scoring 10 goals against the Seychelles in a two-leg preliminary tie, Rwanda have struggled at the higher level of the group stage, notching just one in four outings.

Former African champions Zambia continue to disappoint in the same section, surrendering a second-half lead given to them by Rangers' Fashion Sakala in a 1-1 home draw against second-place Equatorial Guinea. 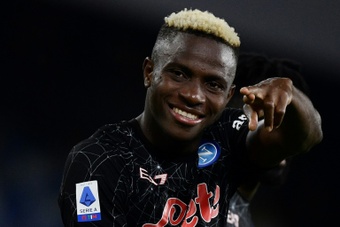 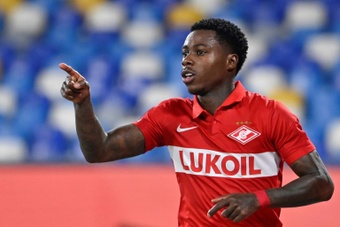 Osimhen, RM's back up if Mbappe fails 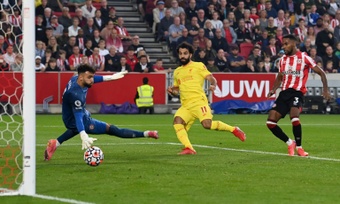 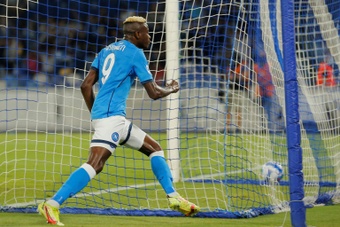 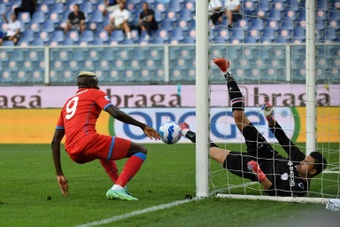 Perfect Napoli go back to top of Serie A