BeSoccer 1 month ago 1.3k
Vinicius got Real Madrid a draw against Sociedad. Screenshot/MovistarLaLiga
Real Madrid went all out for the draw and they got the equaliser in the 89th minute of the match. Vinicius' appeared to level the scores in a special match for him.
End
Matchday 25
Real Madrid

"A special night. The shirt I always dreamt about. It's sad not being able to have you close. I'm a Real Madrid fan through and through," Vinicius wrote on social media just before his 100th game and he ended up playing a key role in it.

When things were looking disastrous for Real Madrid, the Brazilian got an important goal for Zidane's men. Time was running and Sociedad were still 0-1 up through Portu's goal,+

Vinicius came from behind to hit home a perfect cross by Lucas Vazquez. A few attackers missed it, but Vinicius got there to hit home and then kissed the badge on his shirt.

Real Madrid tried until the end and ended up getting a point from a difficult match. A deserved goal for 'Los Blancos', but for a Vinicius who has been consistent. He once again got on the scoresheet. 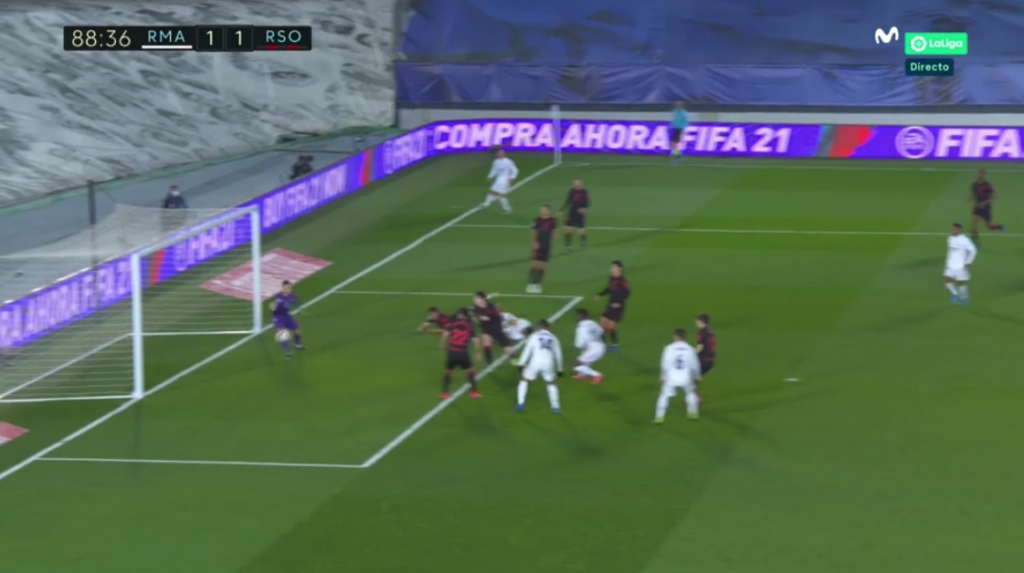 "Sometimes I speak to Vini a little harsh, but I do it for his sake"

VIDEO: 'We have to continue on this path'

VIDEO: 'We’re all happy to go to the quarter-finals' - Vinicius