Real Madrid are not contenders to win the Champions League this season, according to former player Hamit Altintop.

Madrid won three consecutive Champions League trophies under Zinedine Zidane between 2016 and 2018 but, without the Frenchman, exited to Ajax in the round of 16 last term.

Zidane is back at the Santiago Bernabeu with Madrid already guaranteed to finish second in Group A behind Paris Saint-Germain, while domestically Los Blancos are only behind LaLiga leaders Barcelona on goal difference.

Altintop spent the 2011-12 season with Madrid and the former Turkey international does not believe Madrid are cut out for Champions League success this term.

"I don't think they are a championship contender," Altintop told Omnisport. "I think you can compare the situation of Real Madrid to the situation of the German national team. They are in a rebuilding phase and want to integrate new players. They invested in young players and they need time. But right now they are playing good, convincing football, because the requirements are there.  But if it is enough for the Champions League final... I would like Real Madrid and Bayern Munich, my two former clubs, to play in the Champions League final in Istanbul, with me as an ambassador. But I think it will be difficult."

Altintop played under Jose Mourinho during his time at Madrid and the Portuguese coach is seeking a third Champions League title, having helped his new club reach the next round since replacing Mauricio Pochettino at Tottenham last month.

"I think that Mauricio Pochettino did great work the five years before. And I think that the players and the team as a whole increased their value," Altintop added.

"Considering their style of playing, the Champions League final [last season's loss to Liverpool] and their confidence I think that Jose Mourinho isn't a bad choice because he knows every factor of the game and every trick in the book.  He is able to get Tottenham one step further. I will follow it closely and we are still in contact. I wish him all the best. Last year they played really well and with this squad they can do it this year.

"I think he is able to separate the business from personal stuff. He is really good at that. I believe he was one of the first ones to transform football into showbusiness, what many people love. You need a little bit extra for that and it shows how intensely he is living that. He is able to - as a friend, as a coach - to praise your strength and to motivate you. That is what the young people need." 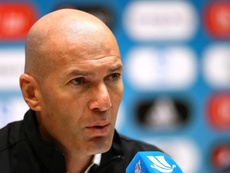 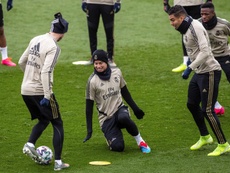 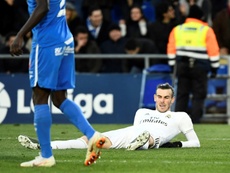 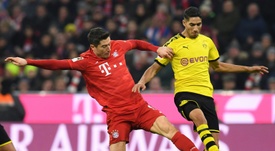 Real Madrid's plan with Achraf for next season

Las Pistas covered in snow ahead of Real Madrid visit