Rangers' Scottish Premiership title challenge suffered a fresh blow as they were held 0-0 at home by Aberdeen on Saturday to only close within four points of Celtic.

Steven Gerrard's side paid for another below-par display after losing at Hearts last weekend.

Aberdeen goalkeeper Joe Lewis was equal to everything Rangers could muster as they created precious few clear-cut chances and dropped points at home for the first time since September. Indeed, the Dons could easily have claimed all three points as Sam Cosgrove's touch let him down when clean through in the first half and Allan McGregor produced an excellent stop from Ash Taylor in the final quarter. Celtic can now move seven points clear when they travel to Hamilton on Sunday.

At the other end of the table, Hearts moved off the bottom, ahead of Hamilton on goal difference, thanks to Sean Clare's stoppage-time strike to secure a 3-3 draw at St Johnstone. St Mirren remain three points clear of the relegation places after blowing a 2-0 lead to draw 2-2 at Hibernian.

Livingston closed the gap on third-placed Motherwell to seven points as their good run continued with a 1-0 win at Almondvale. Kilmarnock ended a seven-game losing streak by coming from behind to beat Ross County 3-1. 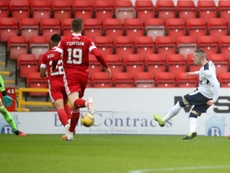 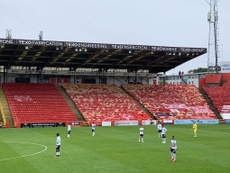 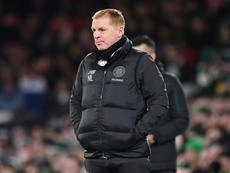 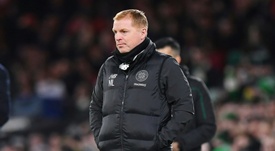