Ramsey gamble paying off at Juventus

Welsh international Aaron Ramsey scored on his first start for Juventus as the former Arsenal man's Turin gamble looks to be paying off as he flourishes in the Italian league.

Ramsey moved to the Serie A champions this season on a lucrative free transfer reported to be worth 503,000 euros per week ($515,000).

The 28-year-old has impressed in his first three league games for the eight-time reigning Serie A champions having recovered from a hamstring injury picked up with Arsenal.

He found the net on his debut against Verona on September 21, and impressed in the following two league wins over Brescia and SPAL.

"Three wins out of three in Serie A this week. Onto the Champions League Tuesday," Ramsey wrote on social media.

Juventus will host Bayer Leverkusen in their Group D clash in Turin, having being held 2-2 at Atletico Madrid in their opener.

Ramsey had come on as a late substitute against Atletico with the Italians conceding a goal just two minutes later.

"I've waited a long time for this moment, I'm really happy, both for the victory and for the goal," said Ramsey of scoring.

"It was important after the Madrid game."

Juventus are second in Serie A -- two points behind Inter Milan -- with their only slip-up a goalless draw with Fiorentina.

After a bout of pneumonia, new coach Maurizio Sarri has been implementing his changes from predecessor Massimiliano Allegri.

And Sarri has been giving more space to the Welshman, who the former Chelsea boss has been easing into the team.

Ramsey has played an average of just over an hour in each of his league games so far.

"We're trying to preserve him from the point of view of playing time," explained Sarri.

"There's a big difference between playing 60 and 90 minutes."

How Ramsey could fit into Sarri's already talent-packed side needed to be worked out.

But winger Douglas Costa's injury has allowed Sarri to make more use of Ramsey with the Welsh playmaker's driving runs forward impressing.

Ramsey's creative position behind strikers Ronaldo and Gonzalo Higuain or Paulo Dybala now seems to be confirmed, until at least Costa's return from injury.

Ramsey won three FA Cups in his 11 years at Arsenal and played a key role in Wales reaching the semi-finals of Euro 2016.

Despite the uncertainties, the former Cardiff City academy member jumped at the move to Italy.

"When I knew that Juventus were interested, I couldn't refuse," said Ramsey.

"It's a great club, one of the biggest in the world, and to have the opportunity to come here and play for them is a dream."

The player from Caerphilly in South Wales has also become a fan favourite since speaking a few words of Italian at his unveiling.

He will now be aiming to follow in the footsteps of compatriot and Juventus icon John Charles, who died in 2004 at the age of 72.

The former Leeds United and Wales hero is a bona fide legend in Turin thanks to a hugely successful five-year spell in the late 1950s and early 60s.

Charles scored more than 100 goals for Juve as they bagged three league Scudettos and two Coppa Italia titles, and became part of the 'Magic Trio' alongside Omar Sivori and Giampiero Boniperti. 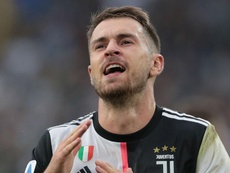 Ramsey a doubt for Lazio trip 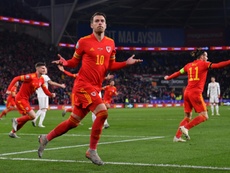 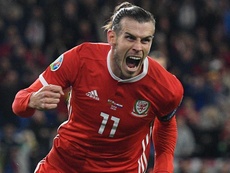 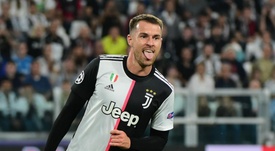