"Saying goodbye to Croatia squad is the most difficult decision in my carrier.

"But I felt that is the moment when I have ... to make this decision," the 32-year-old Sevilla midfielder said in a Croatian Football Federation (HNS) statement.

"I enjoyed every match I have played for my homeland and unforgettable moments from the World Cup will remain among favourite memories of my life."

Rakitic, who did not elaborate on the reasons for the decision, made his debut for Croatia in 2007. He won 106 caps and scored 15 goals.Â  His last appearance came against Wales in a Euro qualifying game last October.

HNS recalled that Rakitic converted the final penalties in the shootouts against Denmark in the round of 16 and Russia in the quarterfinal in 2018 as Croatia advanced to their first ever World Cup final.

Coach Zlatko Dalic said he talked with Rakitic about his decision and added that, despite regrets, respected it.

"Ivan had a great career in the national team and no one will forget his cold-bloodedness during decisive penalties at the World Cup," Dalic said in a statement.

Croatia's next match is a friendly against Switzerland on October 7.Â

Barcelona agreed to sell Rakitic back to Sevilla in early September for 1.5 million euros ($1.8 million).

Rakitic, who had a year left on his contract at the Camp Nou, spent three seasons with Sevilla and won the Europa League in 2014 right before moving to the Camp Nou.

He was one of several Barcelona players who were reportedly told they were not part of new manager Ronald Koeman's plans. 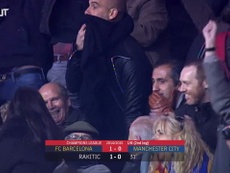 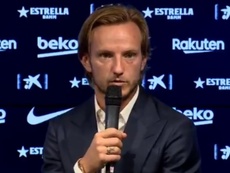 Rakitic on Messi: "It's my time; I don't know what he'll do" 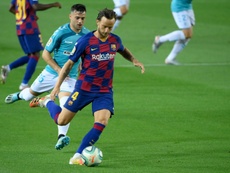 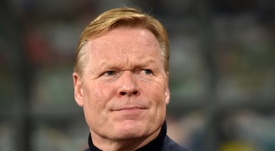