Moroccan club Raja Casablanca ended a 15-year wait for an African trophy by winning the CAF Confederation Cup in the Democratic Republic of Congo Sunday despite a 3-1 second-leg loss to V Club.

Raja, who won the last edition of the CAF Cup in 2003, beat V Club 3-0 in the first leg in Casablanca last Sunday and triumphed 4-3 on aggregate in the two-leg title decider.

It was the sixth CAF title for the Moroccans, who have also won the Champions League three times and the Super Cup once.

Abdelilah Hafidi put Raja ahead after 21 minutes on a synthetic pitch saturated by pre-match rain at the 80,000-seat Stade des Martyrs in Kinshasa.

The goal left V Club, whose only CAF title came 45 years ago, needing to score five to win the second-tier African club competition.

Jean-Marc Makusu, who started after recovering from a first-leg injury, levelled on the night by slamming a free-kick high into the net during first-half stoppage time.

Raja appeared to be cruising toward overall victory until the Congolese scored twice within three minutes midway through the second half.

Substitute Mukoko Batezadio fired into the net after a goalmouth scramble on 71 minutes and Fabrice Ngoma converted a cross soon after to raise hopes of a sensational comeback.

But Raja stood firm and there were no further clearcut scoring chances for the Congolese, leaving them with an unwanted record of losing three of four CAF finals they reached.

He guided Al Ahly of Egypt to a dramatic victory in the 2014 final with the decisive goal against Sewe San Pedro of the Ivory Coast coming after 96 minutes in Cairo.

Victory for Raja also confirmed the dominance of north African clubs in the Confederation Cup, which replaced the African Cup Winners Cup and CAF Cup competitions in 2004.

V Club, who won at home and drew away against Raja in the group stage, had hoped to emulate compatriots and arch domestic rivals TP Mazembe, winners of the 2016 and 2017 finals. Â Â

However, the odds were stacked against them as only Mouloudia Alger of Algeria had overcome a three-goal first-leg deficit in 108 previous home-and-away CAF club finals.

Raja will start defending the title on December 16 with a round-of-32 home fixture in the 2018/2019 edition against Silver Strikers of Malawi or Cercle Mberi Sportif of Gabon. 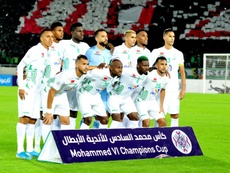 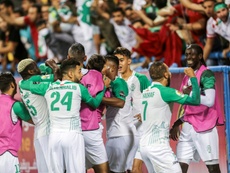 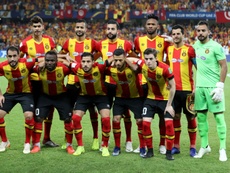 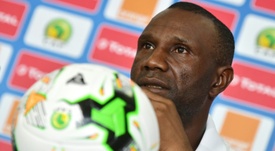