The number 11 took the lead with England's first goal of their Euro 2020 qualifying campaign against Czech Republic.

England lined up in front of a packed out Wembley ahead of their clash against Czech Republic in the Euro 2020 group stage match.

The home side had to make an early substitution after Eric Dier suffered an injury during a challenge with Tomas Soucek. He was replaced by Ross Barkley.

Not an ideal start for Gareth Southgate's men but that didn't seem to phase them as England continued to build a promising attack which culminated in a Jadon Sancho cross, met by Raheem Sterling who came sliding in to open the scoring for England in front of a wild home crowd.

Other youngsters feature on the bench for England, such as Callum Hudson-Odoi, who earned his first senior national squad call-up and Gareth Southgate has said he won't hesitate to use him. 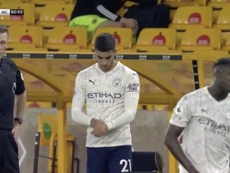 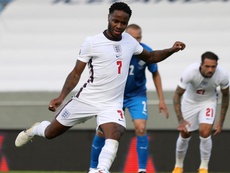 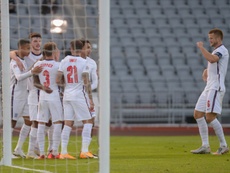 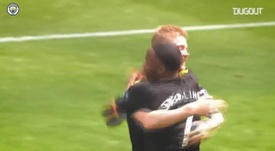