Race for World Cup berths heats up in Europe

BeSoccer 12 days ago 201
Race for World Cup berths heats up in Europe
While a select quartet of Europe's heavyweights battle for the Nations League crown this week, Germany, England, Portugal and Denmark will train their sights on locking down a place at next year's World Cup in Qatar.

European champions Italy, Spain, France and Belgium take centre stage contesting the Final Four in Milan and Turin, but five of the 10 automatic World Cup qualifying spots could be secured come next Tuesday.

Denmark appear the most likely to complete the job, knowing wins over Moldova and Austria will secure top spot in Group F.

Kasper Hjulmand's Euro 2020 semi-finalists are the only country with a 100 percent record. Denmark have scored 22 goals in six games without reply, and thrashed Moldova 8-0 at home in the reverse fixture.

Four-time world champions Germany have bounced back from a shock loss to North Macedonia in March, surging four points clear in Group J after Hansi Flick began his reign last month with three wins from three, including a 6-0 thumping of Armenia.

"The games I've seen have been super. I was in Stuttgart for the game against Armenia, and the game, the goals and the atmosphere were all top tier," said Bayern Munich forward Thomas Mueller.

"We've got some good momentum going into these games, so we want to keep that going."

Germany can avenge their defeat by the Macedonians on October 11 in Skopje, three days after the visit of Romania -- one of four teams realistically still in contention.

Home and away victories for the Germans would effectively seal their place at the 2022 World Cup unless second-placed Armenia secure maximum points from games in Iceland and Romania.

England, semi-finalists and runners-up at the past two major tournaments, could clinch qualification by beating Andorra and Hungary if other results in Group I go their way.

Gareth Southgate's side conceded a stoppage-time equaliser in Poland last time out, snapping a run of five straight wins in the section.

England haven't failed to win back-to-back qualifiers since losing to Russia and Croatia in November 2007, results that saw them miss out on Euro 2008.

Manchester City forward Raheem Sterling says wrapping up a place in Qatar, whether it be this month or in November, would just be the first step towards the ultimate goal of lifting the trophy.

"We're not happy with doing well and putting on a show for the country, we genuinely wanted to come home with that trophy (at Euro 2020) and that's the mentality in the squad now," Sterling told Sky Sports.

"It was class, we went to the final but we want to win, we want to make history, and I think that's the message since day one when Gareth came in."

Cristiano Ronaldo returns from suspension as Portugal attempt to keep Serbia at bay in Group A.Â

The all-time top scorer in men's international football, Ronaldo will lead his side against Luxembourg after Portugal host Qatar in a friendly this Friday.

The inaugural Nations League winners could theoretically qualify for the World Cup with two games to spare, but only if Serbia slip up against both Luxembourg and Azerbaijan.

Belgium's attention will be on a Nations League semi-final clash with France, although the world's top-ranked team could also punch their ticket to Qatar pending the fortunes of Czech Republic and Wales in Group E.

Sweden can leapfrog Spain with victories over Greece and Kosovo in Group B, while Switzerland could move level on points with Italy in Group C if they overcome Northern Ireland and Lithuania.

Finland stand the best chance of catching France in Group D. They trail the world champions by seven points but have game in hand against Ukraine and Kazakhstan. The Finns then host Les Bleus in the final round of matches on November 16.

Norway must do without the injured Erling Haaland in key games against Turkey and Montenegro. Stale Solbakken's side are tied with the Netherlands atop Group G on 13 points as they target a first World Cup since 1998.

Turkey have replaced coach Senol Gunes with former Germany international Stefan Kuntz after a crushing 6-1 loss to the Netherlands.

Croatia, the 2018 World Cup runners-up, and Russia are the pacesetters in Group H, but Slovakia cannot be discounted either. 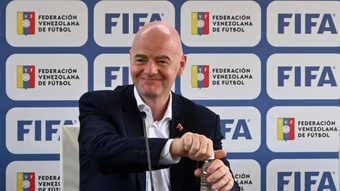 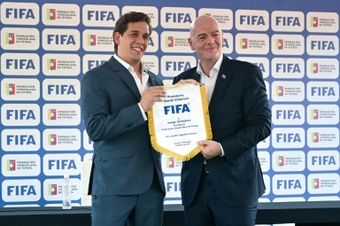 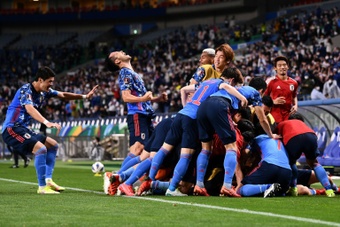 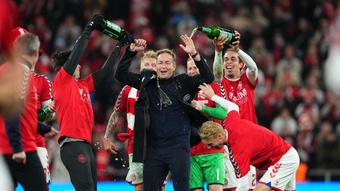 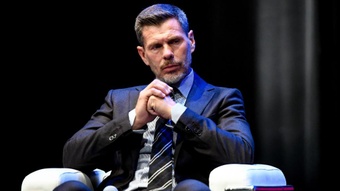 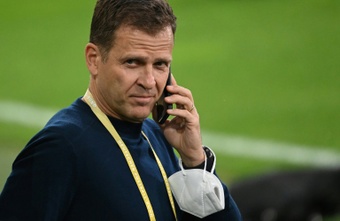 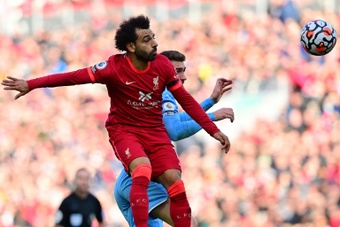