Riqui Puig is one of the main absentees from Koeman's squad for the Gamper trophy match. As he is not injured, there were rumours that it was for tactical reasons. And apparently, the Dutchman has told the player there is no place for him.

A setback for Riqui Puig. The Barca academy player, who had started to get into the first team under Setien and had played ok in the two friendlies under Koeman, seems set to leave the club.

According to 'RAC1' journalist Gerard Romero, Koeman has told the footballer that he does not count on him. His absence in the Gamper squad is not a coincidence.

It seems like Koeman feels that he has the midfield covered with Busquets, Alena, Pjanic and De Jong. Riqui would be the fifth man in a formation which looks set to include a double pivot.

He would therefore have to drop to the B team and keep on waiting for an opportunity or leave Barca. A big blow for one of the footballers who is liked the most by Barca supporters.

At 21, Riqui Puig has a value of more than 12 million euros so he may well be sold in exchange for Sergino Dest, for example. 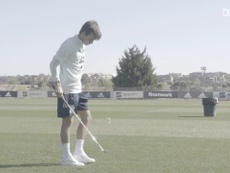 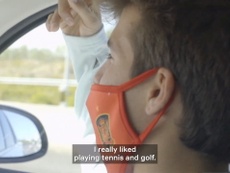 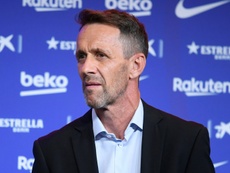 "There are no negotiations with United for Dembélé"

Hmmmm, this coach would be surely sack early than expected time if he fails to meet our dream at camp nou but I wish him good luck

Barca with an ageing team is not a winning team

Barca is noob, sack Messi too

A dream that will never happened

This team is ageing though

This coach must be sacked as soon as possible

Messi is out of his mind for staying

This coach must be out of his senses

Yes, Messi needs to be out too

Barca Noob is at it again

This coach must be out of his senses 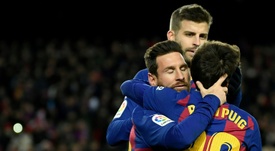 Koeman clears up the Riqui Puig situation: "I told him it will be difficult for him to play"