Fisht Stadium in the Black Sea resort of Sochi is one of the most celebrated and scenic venues in Russian sport. The 48,000-seater was built for the 2014 Winter Olympics and will host six World Cup matches starting next week.

It nestles between snow-capped mountains and palm trees lining the Black Sea coast. Putin has a vacation home nearby. But Fisht had no football team to fill its stands until Dynamo Saint Petersburg confirmed their long-rumoured move on Tuesday.

"You can congratulate us. We are continuing our existence in Sochi," team director Dmitry Rubashko said.

Dynamo are a multi-sport organisation formed in the Soviet Union with the backing of the all-powerful secret police. Its main football team in Moscow won the Soviet title 11 times.

The Saint Peterburg side were founded in 1922 but have wallowed without much of a following in the lower leagues throughout their existence. That may be about to change.

Boris and his brother Arkady are believed to be billionaires who built a business empire during Putin's 18-year rule.

Both deny benefiting unfairly from the Russian leader. Arkady was separately sanctioned by the European Union in 2014 for Moscow's annexation of Ukraine's Crimea peninsula.

Saint Petersburg's 'Fontanka.ru' news site said Rubashko was appointed by Boris Rotenberg with the specific goal of building up the team.

They were prompted to Russia's second division last season and came close to making the jump to the Premier League this year.

Speculation is mounting in the Russian press that Rotenberg has been charged by Putin with creating a top flight club for Sochi.

Rubashko said Dynamo will shed their old name once they make the move starting in July: "We will decide on the name in the coming day. We will be playing in Fisht."

But he also insisted that they are not eyeing immediate promotion: "We have not set any goals for the moment".

Rotenberg can rely on government help in his latest venture. The cabinet has already earmarked $190 million (160 million euros) for World Cup stadium operation costs for the coming five years. 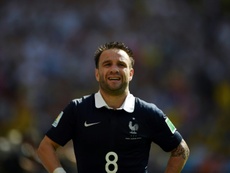 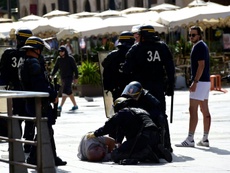 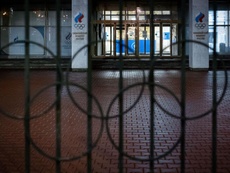 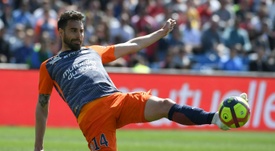