The exodus of talent from Barcelona's La Masia academy seems to have no end, with Juan Miranda looking set to follow the likes of Sergio Gomez out of the exit door.

French giants PSG could be set to swoop for one of Barca's top young prospects in the form of Juan Miranda.

Miranda is a Spain U17 international and was part of the team that was defeated in the final of the U17 World Cup last year. The youngster has already featured for Barca's 'B' team.

According to Spanish publication 'Mundo Deportivo', Barca have already begun talks to extend his current deal, which runs until the summer of 2019.

However, the 18-year-old doesn't appear totally convinced by the offer being made to him and could consider a move should that situation not change.

The same source claims that PSG are keeping a close eye on the player, with the Parisian side set to make a move should Miranda fail to strike a deal with Barca.

Miranda would become the latest in a long line of youngsters to abandon Barca in search of a better route to the first team elsewhere. 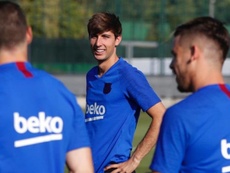 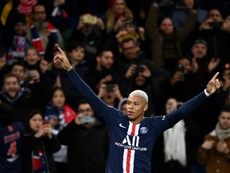 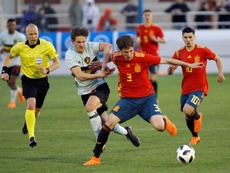 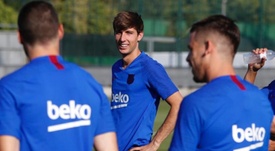