Barcelona and the lawyers of Luis Suárez sat down on Tuesday to negotiate. Bartomeu, present at the meeting, asked for 10 million euros to let the striker go to Atlético. Minutes later, different media sources confirmed a principle of agreement between the clubs.

Barcelona and Luis Suárez's lawyers are negotiating the termination of the Barcelona player's contract on Tuesday, with Atlético Madrid waiting for the striker to become free to be able to sign him.

Sources of the club confirmed to 'EFE' a new meeting that took place on Tuesday afternoon to unravel the situation, which has become more complicated after the appearance of the Madrid club as a new destination of the player.

And the exit of Suárez, who a few days ago was negotiating with Juventus, depended on an agreement by which Barca liquidated to him part of his contract for next season in exchange for him giving up the rest.

However, Barca aren't willing to let the Uruguayan international go to Atlético Madrid without financial compensation, as they are one of their direct rivals both in La Liga as well as the Champions League. 'AS' revealed that Bartomeu, who was alongside the lawyers of Barcelona, have asked Atlético for 10 million to let the Uruguayan player leave.

However, Atlético Madrid aren't willing to pay a single euro for the signing of Luis Suárez, so the arrival of the Uruguayan to the Wanda Metropolitano has been made very difficult.

Tuesday was the day set by the Madrid side to make the signing of Luis Suárez official, who for now is still training every day under the orders of Ronald Koeman at Barcelona.

Atlético weren't on the list of 5 teams banned by Barcelona for the departure of Suárez. However, once the interest in the striker was made public, Barcelona included them on the teams who he will not go to for free.

Thus, Bartomeu has paralysed the exit of the player, which, without wanting to, puts Barcelona in trouble. The club counted on lightening the wage bill with the striker. 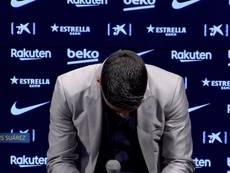 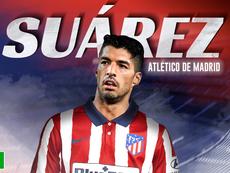 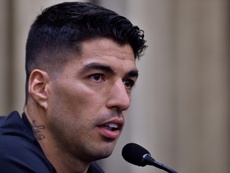 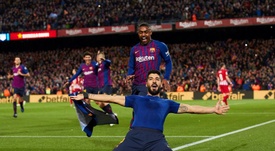