Pressure piled on Lennon after Celtic salvage draw at death

Diego Laxalt's injury-time equaliser salvaged a point for Celtic in a 2-2 draw at Hibernian, but the Hoops' quest for a record 10th successive Scottish Premiership title suffered another huge blow on Saturday.

Neil Lennon's men trail Rangers by eight points at the top of the table with now just one game in hand.

Steven Gerrard's men can extend that advantage to 11 points when they host Aberdeen on Sunday. A series of home defeats in Europe and to Rangers last month had already put Lennon 's future in doubt. But his former side may have inflicted the final blow as two goals in seven minutes early in the second half put the hosts in command.

On-loan Rangers winger Jamie Murphy lashed in the rebound after Scott Bain had saved Kevin Nisbet's penalty on 52 minutes. Nisbet made amends moments later when he fired low in off the far post.

Lennon had left star striker Odsonne Edouard on the bench as he kept faith with the side that won 4-1 at Motherwell prior to the international break. Edouard came on to breathe new life into the visitors from the penalty spot 11 minutes from time.

Laxalt then salvaged a point in stoppage time with his first Celtic goal since joining on loan from AC Milan. But whether it is enough to save his manager's job remains to be seen amid growing supporter unrest for Lennon to be removed.

Elsewhere, a double from Nicky Clark moved Dundee United up to fifth with a 2-1 win over bottom-of-the-table Hamilton. Ross Callachan had put Accies in front, but after Clarke's brace, he blazed a penalty over to miss the chance to take a point.

St Mirren moved four points clear of Hamilton at the bottom with a 1-0 win at Livingston, while St Johnstone and Motherwell played out a 1-1 draw in Perth. 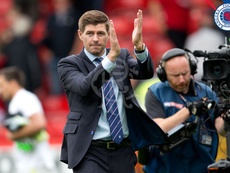 Gerrard looking to strengthen squad ahead of clash with Celtic 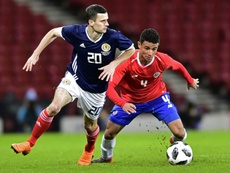 Rangers forward Murphy ruled out for the season 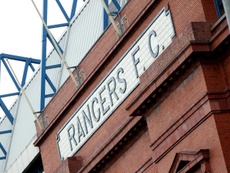 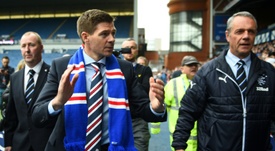