After 26 matchdays in the Premier League, Salah is top with 17 goals.

After 26 matchdays, Salah is still the top scorer in the Premier League. He did not get on the scoresheet in his latest game as Liverpool won 0-2 at Sheffield United.

Bruno Fernandes then follows on 15 goals and he was involved in the goalless draw at Chelsea on Sunday.

Kane is in third place on 14 goals after scoring in Tottenham's 4-0 victory over Burnley. Son, Calvert-Lewin and Patrick Bamford have all scored 13 goals and none of them got a goal at the weekend.

Vardy remains on 12 after Leicester's 1-3 loss to Arsenal in which he did not score while Gundogan is still on 11.

Will Salah win the Golden Boot? 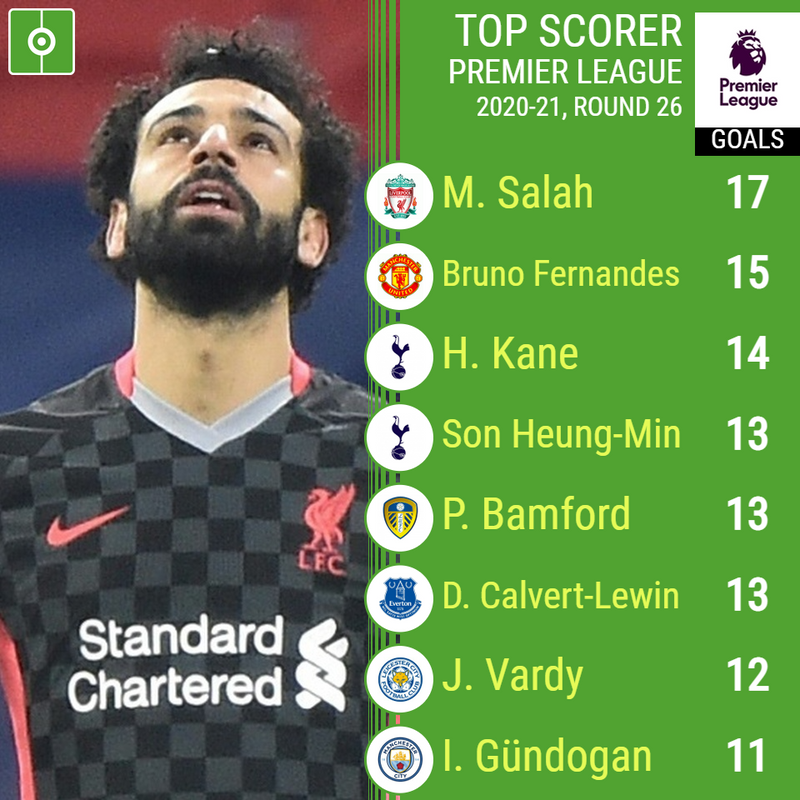