While the idea of a World Cup every two years had been tentatively mentioned in the past, it gained traction in July when former Arsenal manager Arsene Wenger – now FIFA's head of global football development – publicly backed the potential change.

FIFA began carrying out a feasibility study and Wenger insisted a biennial World Cup "is what the fans want", but the proposals have been met with widespread criticism.

UEFA officials have been particularly vocal in their opposition, the International Olympic Committee (IOC) expressed concerns, and players and managers have largely questioned the wisdom of such an alteration to the football calendar.

The Premier League has now lent its collective voice to the conversation, denouncing FIFA's proposals – which also encompassed the extension of international windows – due to concern for player welfare and domestic football.

A Premier League statement confirmed none of the 20 Premier League clubs were in favour of a World Cup every two years, while CEO Richard Masters said: "The Premier League is committed to preventing any radical changes to the post-2024 FIFA International Match Calendar that would adversely affect player welfare and threaten the competitiveness, calendar, structures and traditions of domestic football.

"We are open to reforms and new ideas, but they must enhance the complementary balance between domestic and international football in order to improve the game at all levels.

"This process should also involve meaningful agreements with the leagues that provide the foundations for the game.

"We will continue to work with supporter groups, players, domestic and international stakeholders to find solutions that are in the best interests of football's long-term future." 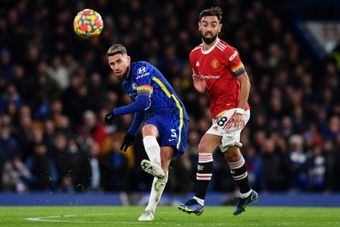