Possible lineups for Barcelona v Osasuna, on the 11th matchday of LaLiga that will be played this Sunday 29th November at Camp Nou.

Ronald Koeman's Barca will host Osasuna at Camp Nou this Sunday 29 November at 2pm. A match that the Catalan team needs to win after their recent defeat in La Liga against Atletico Madrid.

The team come into the match with eleven points and need to add three in this game if they do not want to say goodbye to the fight for the title. Koeman knows the importance of the game and that's why he won't keep anything back.

After the game against Kiev in the Champions League, Koeman is not expected to shake things up dramatically. Marc-André ter Stegen will be in goal and, in front of him, Alba, Lenglet, De Jong and Dest will form the Azulgrana defence.

With Frenkie at centre-half, the double pivot will belong to Busquets and Pjanic, while up front Coutinho is expected to return to the eleven and accompany Messi and Dembélé. Up front, as always, will be Griezmann.

For its part, Osasuna will try to get whatever it can out of a difficult team, although last year they managed to surprise Barca and take three points from Camp Nou in the final stretch of La Liga.

For the duel, Jagoba Arrasate will bet on Herrera in the goal. The goal of the Pamplona team will have in front of him a line of five composed by Vidal, Roncaglia, Navas, Unai García and Jony.

In the Navarrese midfield, Oier Sanjurjo, Moncayola and Iñigo Pérez will be responsible for getting the balls to Budimir and Rubén, who will play up front. 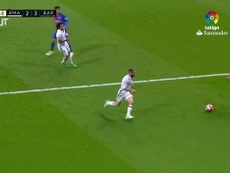 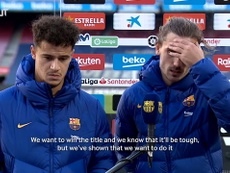 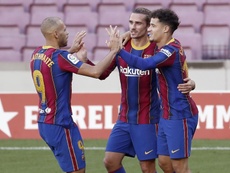 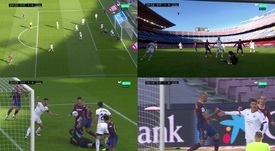