Here we take a look ahead to the World Cup Group B clash between Portugal and Morocco, with both teams looking for their first win in Russia at the Luzhniki Stadium. Kick-off 2PM (CET).

Portugal: The team will struggle to re-create the calibre of game which took place between themselves and Spain in their first tie of the tournament, in which captain and undisputed star Cristiano Ronaldo scored the 51st hat-trick of his professional career including a late free-kick.

The Portuguese team will hope their defence can be more secure after conceding 3 times against the Spaniards, with Bruno Alves likely to play ahead of Jose Fonte at the back. Jorge Santos has an injury-free squad to choose from in this one.

Morocco: The North African team suffered a shock defeat to Iran in their first outing, conceding a late goal to take nothing from the game against the team thought to be the weakest in the group, This result puts even more doubt on the team progressing to the final 16, given the difficulty of playing the European champions in this match.

The team do have a selection problem for this game, with right-backs Nordin Amrabat and Nabil Dirar both unable to play in the match through injury.

Much of the pre-match talk was unsurprisingly about Ronaldo, but Santos played down Portuguese reliance on the forward.

"We play Morocco, I hope Cristiano plays a great match," he said. "We're used to that, not only from the last match but his career as a whole. I hope he and our team are ready."

"Portugal were European champions with Ronaldo because the captain is very important, but I've never seen a player win a match on his own."

Renard had his own say on Cristiano, saying it's hard to stop him. "Even if you want to draw up plans for Ronaldo, he always finds a way out or makes a difference or puts him team back on the right track," he said.

"If we put three people on Ronaldo I don't know how you'll be able to mark the other players. They have so many attacking players. They are the European champions don't forget." 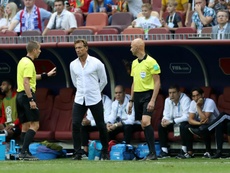 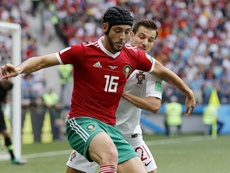 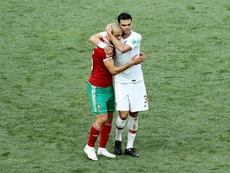 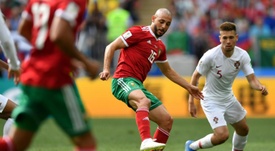 'VAR doesn't work if you do not use it'