Paul Pogba has applauded Manchester United's "beautiful" attack, relishing his role in the team's push for a Champions League spot after a season ravaged by injury.

The French World Cup winner's return to fitness has been a key factor in United's run of four wins and a draw in five games since the restart.

Ole Gunnar Solskjaer's men, who play Aston Villa on Thursday, are fifth in the Premier League, four points behind Leicester with a game in hand, and on a 16-game unbeaten run in all competitions.

Pogba looked destined to leave Old Trafford for the second time in his career before the coronavirus lockdown but has since formed a formidable partnership with Bruno Fernandes in midfield.

He said his extended period on the sidelines had further enhanced his love for football and he was "really, really happy" to be back.

"Just being back training, touching the ball and doing what I love is amazing," he told manutd.com. "I missed it so much."

The midfielder said Solskjaer's team had made major strides after an indifferent start to the season.

"We play more as a team than we did before, we enjoy it even more, we defend together, we attack together, and this team is stronger as well," he said.

"The players who are on the bench or who don't play every time, when they come on they help the team so the mentality is good and is right. All this together has put us where we are today."

The arrival of Fernandes in January has transformed the club's fortunes and Pogba said watching the attacking players in action was a joy.

"From behind I just enjoy it," he said. "I'm enjoying just watching Bruno, (Marcus) Rashford, (Anthony) Martial and Mason (Greenwood), who all played the last game, and seeing them score goals. You just keep applauding, it'ss beautiful they make me enjoy football every time.

"As well though there is the defensive work that people don't talk about -- they do it."

Pogba said United were relishing the pressure of chasing a top-four spot.

"We're never satisfied with one trophy or one game we win or two games or 10 games, you want more, you always want more.

"That's what makes Manchester United the biggest club, for me, in England." 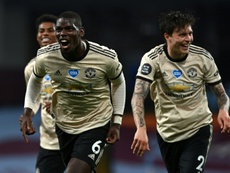 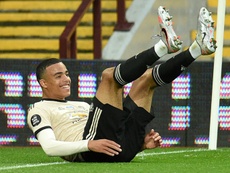 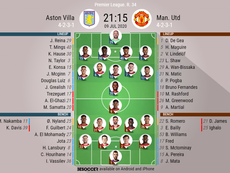 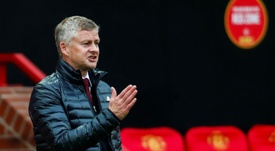